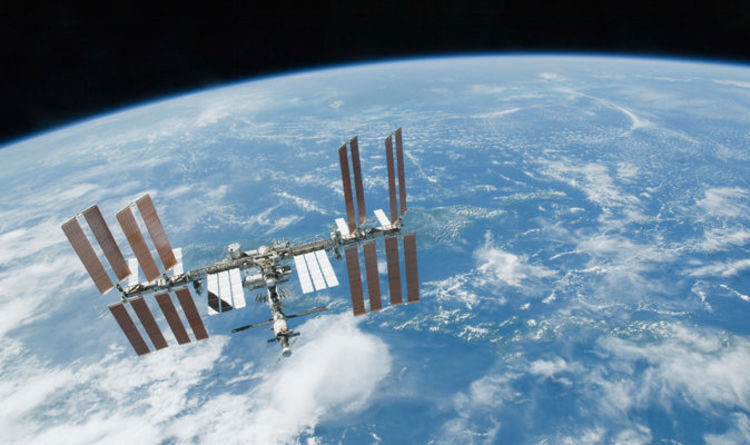 
On August 29, astronauts on the ISS awoke to worrying news that a leak on space station was causing it to lose oxygen.

The six people on the ISS hurried to find the minute hole before they ran out of air.

It was originally thought the leak, which was fortunately quickly discovered and sealed, was caused by a tiny meteor which hit the ISS.

However, this was quickly ruled out, with Russia revealing the puncture was man-made.

A special commission from the Russian State Space Corporation Roscosmos found that the hole was made from the inside, and not the outside – ruling out any impacts from space debris.

It also found drill traces near the hole.

Now, senior officials at NASA and Roscosmos – the Russian space agency – have met to discuss the incident.

Yet both parties are refusing to give anything away until they have conclusive findings.

NASA said in a statement: “The Administrator and the General Director noted speculations circulating in the media regarding the possible cause of the incident and agreed on deferring any preliminary conclusions and providing any explanations until the final investigation has been completed.

“They affirmed the necessity of further close interaction between NASA and Roscosmos technical teams in identifying and eliminating cause of the leak, as well as continuation of normal ISS operations and NASA’s ongoing support of the Roscosmos-led Soyuz investigation.

“They acknowledged the entire crew is dedicated to the safe operation of the station and all docked spacecraft to ensure mission success.”

Drew Feustel, current commander of the ISS said it was “a shame and somewhat embarrassing” that some people speculated the leak may have been an act of sabotage by a crew member.

He told ABC in a space-to-ground interview: “I can unequivocally say that the crew had nothing do with this.

“I think it’s absolutely a shame and somewhat embarrassing that anybody is wasting any time talking about something that the crew was involved in.”

Dmitry Rogozin, head of Roscosmos, was quoted by Russian news agency Tass at the time of the event as saying: “We are considering all the theories.

Physicists Finally Measure a Long Theorized Molecule Made From Light And Matter
‘Structured Water’ Is Not What People Claim. Don’t Believe The Hype, Scientist Says
Warm Waters Are Rushing Towards The World’s Largest Ice Sheet, Scientists Warn
Water Can Spontaneously Form Hydrogen Peroxide, And We Finally Understand Why