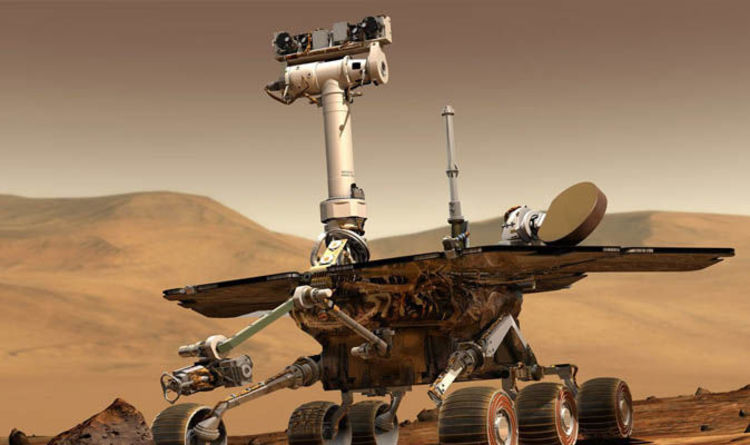 The Opportunity rover was lost to radio silence when the Martian dust storm grew beyond control on June 10 this year.

The raging weather phenomenon completely blotted out the Martian skies forcing the Opportunity rover to hunker down.

The last-ditch effort to preserve the remote rover’s solar-powered battery life has kept NASA’s engineers in the dark about Opportunity’s status.

Now the giant storm appears to be settling down, NASA shared its six key recovery efforts, directed by the Jet Propulsion Laboratory (JPL) in Pasadena, California.

Step one: “A tau below two”

In order for the Opportunity to resume its scientific observations of Mars, the rover has to recharge its solar batteries.

But the monstrous dust storm has blocked sunlight from reaching the surface of the planet, raising the value of a sunlight measurement known as tau.

NASA’s engineers predict the rover will need a tau of less than 2.0 before the robot’s solar panels can kick into gear again.

The last tau measured by Opportunity on June 10 stood at 10.8 in a location where the average tau measures around 05.

Each week, NASA’s engineers use the so-called Deep Space Network (DSN) to attempt to re-establish communication with the rover.

The DSN is a network of planetary probes between Mars and Earth which ping the rover during its scheduled “wake-up times” in hopes of a return signal.

But JPL’s radio experts also use the DNS antennas to scan for a wider range of frequencies for signs of any radio signal emitted by the rover.

If the rover does wake up sometime soon in the daytime hours on Mars, NASA’s JPL should be able to find recordings of Opportunity’s “voice”.

If the remote robot is struck by a major problem, it can default to a so-called “fault mode” where it will atomically perform a range of tasks to preserve a good condition.

These faults include a low-power fault, clock fault and an uploss fault.

“This mode causes the rover to hibernate, assuming it will wake up at a time when there’s more sunlight to let it charge.” 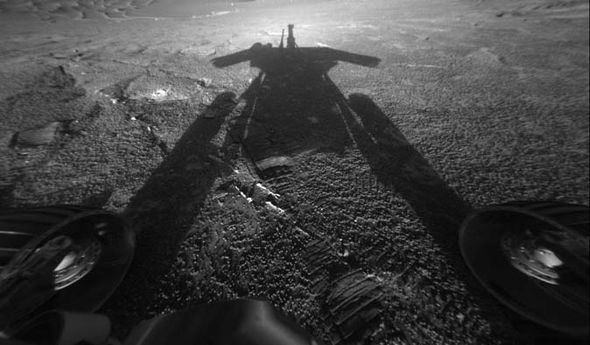 Clock fault occurs when the rover’s onboard clock fails during hibernation.

The fault is critical because without its clock the rover will not known when it is supposed to wake up from its deep slumber.

And finally if Opportunity has not received any signals from Earth in a long while, the robot will enter uploss fault – a warning its communication systems might not be working properly.

If the rover activates uploss fault it will try to communicate with the Earth by figuring out a way of pinging back a distress signal.

Step four: “What happens if they hear back?”

It could be weeks before NASA’s engineers hear back from the rover, if at all, but the space agency remains positive.

Before Opportunity vanished in the dust storm its batteries were in good condition which means they were unlikely to have severely degraded.

The warm temperatures of the Martian summer also suggest Opportunity stayed warm enough to survive which means the rover could very well send out a signal in the near future.

NASA said: “After the first time engineers hear from Opportunity, there could be a lag of several weeks before a second time. 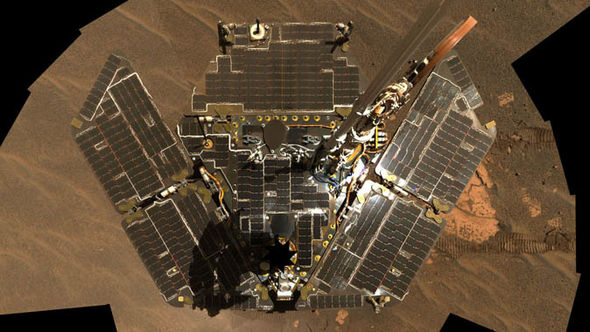 “It’s like a patient coming out of a coma: It takes time to fully recover.

“It may take several communication sessions before engineers have enough information to take action.”

The space agency will first have to establish the exact state of the rover before it can resume operations.

NASA’s engineers will have to analyse Opportunity’s batteries for signs of wear and tear and reset its clock if it has lost track of time.

The rover will also beam back an image of itself for NASA’s engineers to see if it sustained any physical damage in the storm. 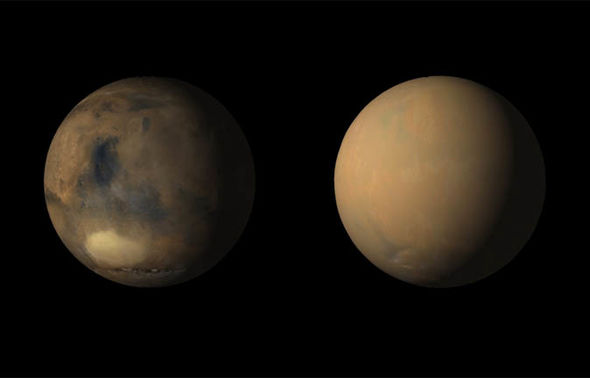 NASA rover update: Contact with Opportunity was lost on June 10 due to the growing storm (Image: NASA)

Step five: “Not out of the woods”

Assuming the physical integrity of the Martian rover remains untouched, NASA’s engineers are still concerned the rover’s batteries could be beyond repair.

Oddly enough, the dusty storm is the least of NASA’s concerns beyond dusty lenses.

If the batteries are drained of too much power and have stayed inactive for too long their capacity to hold a charge could be severely impacted.

Future energy draining could be incredibly inefficient especially during the Martian winter when the rover has to engage its onboard heaters. 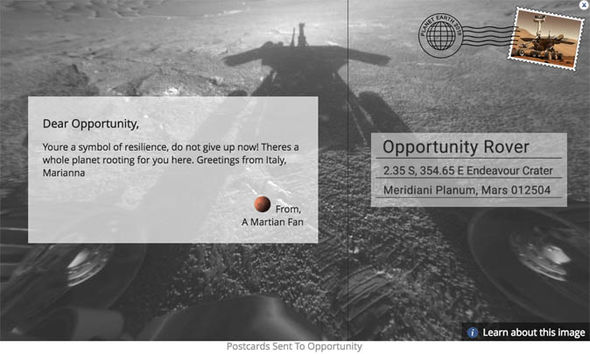 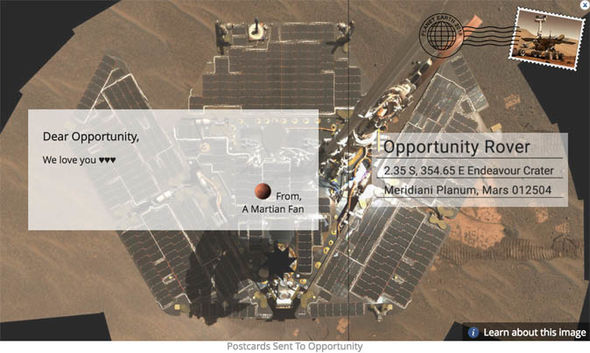 NASA rover update: You can send in your very own customised postcard as well (Image: NASA)

Anyone interested in the Mars rover rescue operation has been encouraged to send a message to the JPL mission team and the Opportunity rover itself.

You can send a message to NASA’s scientists by clicking here – the link will let you customise your very own digital postcard with one of Opportunity’s many incredible photos of Mars.

“Martian fans” Corsette and Nasa wrote to Opportunity: “Dear Opportunity, Wake up! We have missed you and it is time to get out there and resume exploring!”

Another person wrote: “Hang in there, Oppy! You’re doing a great job and I love you.”

Marianna from Italy also wrote: “Dear Opportunity, You’re a symbol of resilience, do not give up now!

“There’s a whole planet rooting for you here. Greetings from Italy, Marianna.”

Amazing New Fossils Provide Earliest Known Traces of The Evolution of Our Jaws And Limbs : ScienceAlert
Still Short of Breath? Here Are 3 Ways COVID-19 Can Damage Lungs Long Term : ScienceAlert
Ancient Maya Cities Appear to Have Been Riddled With Mercury Pollution : ScienceAlert
Why House Fly Barf Is an Overlooked Potential Vector of Disease : ScienceAlert
Termites Love Global Warming So Much That They May Make It Worse, Says Study : ScienceAlert