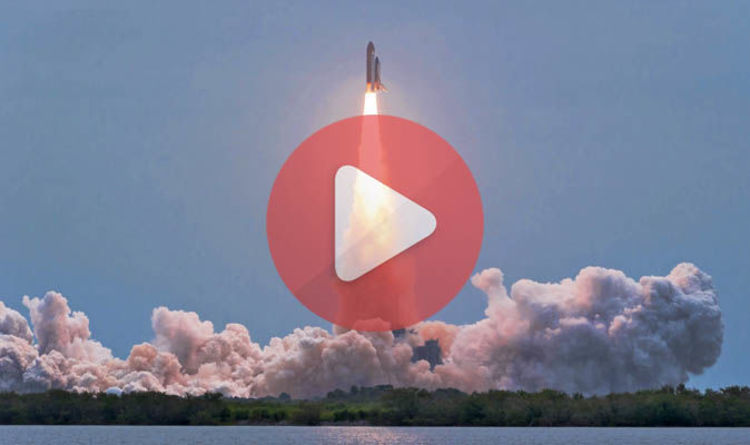 
The Global-scale Observations of the Limb and Disk (GOLD) mission is NASA’s first attempt to capture never-seen-before-images of Earth’s upper atmosphere.

The launch window for the research mission is pencilled in for 8.20pm GMT (5.20pm UTC-3) at a launch pad at the Guiana Space Centre in French Guiana.

Astronomy enthusiasts and space boffins hoping to catch a glimpse of the mission are in luck because NASA will live stream the launch on NASA Television on its website at 8pm GMT (5pm UTC-3).

Express.co.uk will update this story with an embeddable video just before the launch

You can also head over to NASA Live to watch a teleconference briefing about the research mission today at 6pm GMT (3pm UTC-3).

The conference will host scientists from the Laboratory for Atmospheric and Space Physics from the University of Colorado Boulder and Elsayed Talaat, NASA’s heliophysics chief scientist at NASA Headquarters in Washington.

NASA’s launch will mark the first time the US space agency launches a scientific probe aboard a commercial communications satellite.

The instrument will fly aboard an SES-14, built by Airbus for Luxembourg-based satellite operator SES S.A.

The goal of the mission is to study what drives change in the upper atmosphere, solar activity as well as Earth’s magnetic field.

NASA said: “Capturing never-before-seen images of Earth’s upper atmosphere, GOLD explores in unprecedented detail our space environment — which is home to astronauts, radio signals used to guide airplanes and ships, as well as satellites that provide communications and GPS systems.

“The more we know about the fundamental physics of this region of space, the more we can protect our assets there.”

The space agency added: “As we discover the very nature of the Sun-Earth interaction in this region, the mission could ultimately lead to ways to improve forecasts of such space weather and mitigate its effects.

GOLD will collect observations from a  geostationary position in the Western Hemisphere, where it will measure temperatures and take gas samples.

The space probe will also look into the ways the atmosphere interacts with the ionosphere, which is made up of charged particles.

Sarah Jones, GOLD mission scientist at NASA Goddard, said: “We already have models that are filled with really good science, but these new measurements will lead to a better understanding of the physics in the models.”