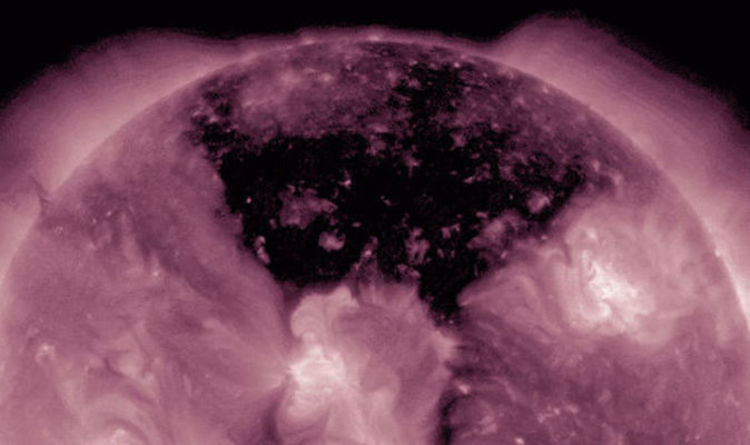 And she has called on NASA to allow the public access real time access to the footage as she suggested the space agency may have something to hide.

Dr Albers’s theory appears to be based on circular shapes she has seen in the star’s halo in close-up images of the Sun taken by NASA’s Solar and Heliospheric Observatory (SOHO) which is a huge telescopic camera in space.

Mainstream scientists say these spheres are just camera glitches, but Dr Albers is convinced they are dying stars approaching the Sun.

Dr Albers made a plea to NASA to allow unrestricted access to the livestream of the SOHO camera, if there was nothing to hide.

Dr Albers has written a number of books on the subject including Planet X The Awakening Now.


They are making plasma connections with the Sun and can make the Sun go dark, the Sun is getting weaker.


NASA scientists have, since the Eighties, been saying there is theoretically another planet at the edge of the solar system, but it has yet to be conclusively proved.

However, if it is there it poses no threat to Earth and will come nowhere near us, they say.

In a YouTube video made with fellow researcher Scott C’one, she said: “They are old or dead starts – I never said they were planets – they are stars draining the Sun of energy.

“It is likely a huge system of old dead suns that have come to the Sun and been affecting it.

“They are making plasma connections with the Sun and can make the Sun go dark, the Sun is getting weaker.”

Dr Albers is part of the Planet X or Nibiru believer movement, but she has her own unusual take on what Planet X is.

Most Nibiru believers follow the theory that a mini solar system consisting of a sun, planets and moons is lurking on the edge of our solar system with a huge orbit of the Sun.

They are convinced the “rogue system” is making its way from the outer solar system inwards, where it will wreak havoc on Earth as it passes at about four million miles away, but causes the poles to switch and great earthquakes and volcanic eruptions.

Dr Albers does not think what “is happening at our Sun” is connected to the original myth of Nibiru.

She said: “There is no evidence this system is the same system that came through before.”

However, she agreed that the foreign visitors to our solar systems could cause seismic activity on Earth.

She added: “These objects are causing changes in the solar system that cause earthquakes and volcanic eruptions.”

She even has an unusual theory that one of the objects is now orbiting our planet and many more are around Jupiter.

Dr Albers said: “Earth appears to have captured one of these objects – there are crustal displacements on Earth.

“It is not a passing system, it is in orbit around the Earth.

“It is a huge system of stars attracted to the Sun and that stays close to the Sun once it is in our solar system.

“I recently discovered they may have gone from the Sun to planets and that may be why Jupiter went from 16 satellites to 69, it must have captured something.”

In an earlier video Dr Albers said: “It seems that the object is here and it is not alone because there is evidence that there are many of these objects in the inner solar system and they have been coming in towards the Sun for many years.”

She went on to say the interstellar bodies make magnetic connections with the Sun and create coronal holes.

She claimed this would weaken the Sun and create more solar storms that will impact on Earth.

University bosses have since moved to distance themselves from her theories.

Professor João AP Rodrigues, head of the School of Physics, said in a statement: “The University has recently become aware of various public assertions purporting to suggest that there may be a Brown Dwarf star in the inner Solar System.

“The University supports the freedom of people to hold and discuss contrarian views.

“However, insofar as the sciences are concerned the principles of the scientific method must guide the process.

“Debate outside this framework constitutes bad science and the University distances itself from such practice.”

NASA’s Dr David Morrison said: “There is no credible evidence whatever for the existence of Nibiru. There are no pictures, no tracking, no astronomical observations.