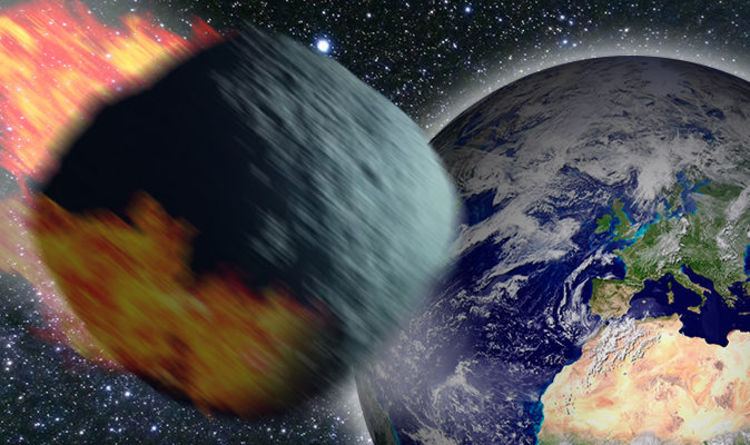 
The huge asteroid, known as Bennu, has a massive diameter of more than 500 metres, and experts believe that even nuclear bombing it will not be enough to save our planet.

Research from NASA shows that the asteroid, which it is predicted could hit our planet in 2135, has a weight of 78 billion kilograms.

Although Bennu would seem apocalyptically huge, it would not be big enough to destroy Earth.

The asteroid which helped to wipe out the dinosaurs 66 million years ago weighed an estimated one quadrillion kilograms, and while that helped to contribute to the downfall of a species, it did not destroy Earth.

However, Bennu would still have the potential to unleash the power of 1,200 megatons of energy on impact – 80,000 times that of the nuclear bomb which was dropped on Hiroshima.

Experts say there is a one in 2,700 chance that Bennu could hit Earth in 2135, and while those odds seem to be in our favour, they are minuscule in astronomical terms.

It is also worth reminding that Leicester City Football Team were 5,000 to one to win the Premier League in 2016, but they also defied the odds.

Bennu was discovered by the Lincoln Near Earth Asteroid Research (LINEAR) Project on September 11, 1999.

The space rock regularly crosses our orbital path and experts fear that it is getting closer and closer, until one day the space rock will collide with Earth.

“The ultimate goal is to be ready to protect life on Earth.

“The probability of a Bennu impact may be 1 in 2,700 today, but that will almost certainly change – for better or worse – as we gather more data about its orbit.”

Scientists Create Shapeshifting Humanoid Robot That Can Liquefy And Reform : ScienceAlert
This Species of Carnivorous Plant Evolved Into a Toilet And Is Now Winning at Life : ScienceAlert
Scientists Have a Plan to Turn Earth Into a Giant Observatory : ScienceAlert
Sword Mistaken For Replica Is Actually An Ancient 3,000-Year-Old Weapon : ScienceAlert
An Expert Explains Why The Radioactive Water Stored at Fukushima Should Be Released : ScienceAlert