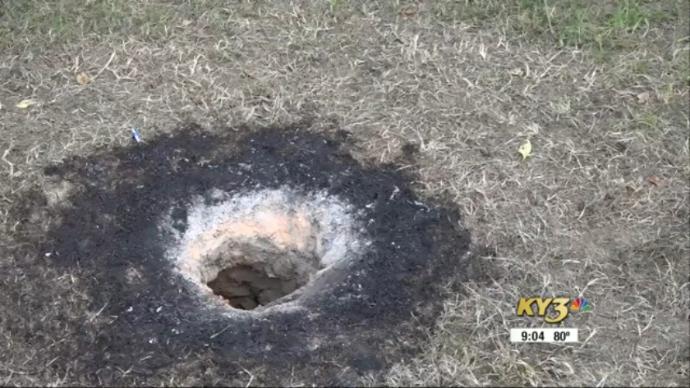 
Is this mysterious burning hole in Midway, Arkansas a gateway to hell?

The mysterious volleyball-sized was burning roughly two feet in diameter, eight feet tall and for approximately 40 minutes. And no one knows where the hole ends.

The mysterious hole started burning with flames shooting out of it off Highway 5 South in Midway, Arkansas in September 2018. Meanwhile, still nobody knows what created this strange burning crater.

The devil didn’t show up. No meteorites crashed and no explosions were reported.

But then what created this hole and the flames shooting out of it?

Every utility company working in the area was contacted, but no unusual phenomena were to report there.

Geologists think it wasn’t caused by a meteorite or lightning strike:

“I can’t think of any geologic situation that would allow that to happen. Not in this area. There’s not any fossil fuels, or natural gas or petroleum that occurs in the area.“

They will probably have to do some serious excavation to find out the source of that strange burning hole. Officials indeed don’t know where it ends… Maybe it is really a gateway to hell.