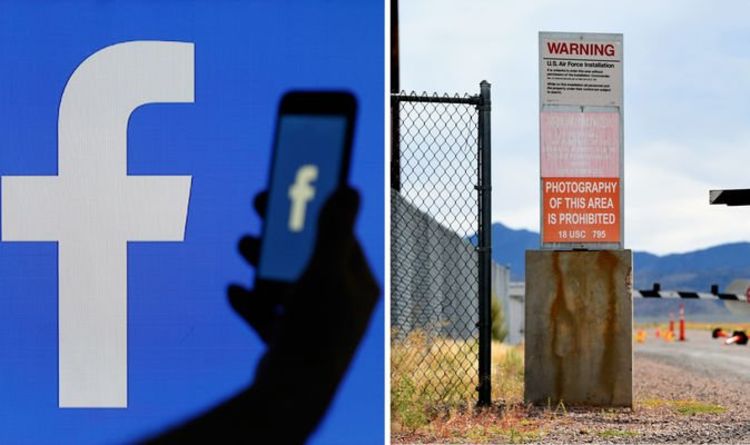 Facebook has seemingly changed its mind on allowing an event to be organised which is encouraging users to raid the US’s top secret military base Area 51. What started as an initial joke on Facebook quickly gained international attention and genuine enthusiasts, some two million of them if the list of attendees is to be believed, are planning on raiding Area 51. The event, titled ‘Storm Area 51, They Can’t Stop All of Us’, is scheduled for September 20, and the description reads: “We will all meet up in Rural Nevada and coordinate our parties.

However, after gaining international attention, the event was suddenly deleted from Facebook on the weekend of August 3.

There was no official explanation from Mark Zuckerberg’s social media giant at the time, but it has now been reinstated, with a spokesperson claiming that the removal of the event was a “mistake”.

One user commented: “What happened with the event? It disappeared a couple days ago and is now back.”

US Air Force spokeswoman Laura McAndrews said: “Area 51 is an open training range for the US Air Force, and we would discourage anyone from trying to come into the area where we train American armed forces.

“The US Air Force always stands ready to protect America and its assets.”

The event is due to take place on September 20, but if previous attempts are anything to go by, the public should steer well clear of the military base.

The man failed to respond to officers’ requests to stop, and was promptly shot dead at the scene.

Area 51 raid: Event WILL go ahead ‘unless demands are met’

Mysterious Medieval City in Africa Had a Genius System to Survive Drought : ScienceAlert
Ultra-Processed Food May Exacerbate Cognitive Decline, New Studies Show : ScienceAlert
Astronomers Find What May Be a Habitable World 31 Light-Years Away : ScienceAlert
Orcas Are Contaminated With a Forever Chemical Associated With an Unlikely Product : ScienceAlert
High-Fat Diets May Break The Brain’s Ability to Regulate Calories : ScienceAlert