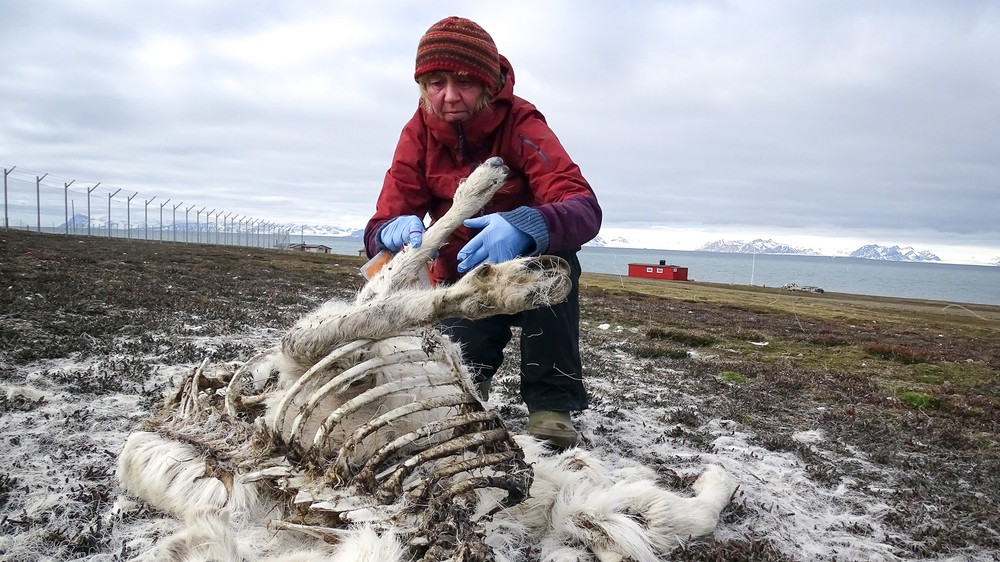 
Researchers recently found more than 200 dead reindeer on the island of Svalbard in Norway.

The animals starved to death due to the ongoing climate anomalies, disrupting their access to the plants that they typically eat.

Every year, ecologists with the Norwegian Polar Institute (NPI) survey reindeer populations in Svalbard, an archipelago of glaciers and frozen tundra that lies between Norway and the North Pole.

The latest report is sad:

The current weird weather in northern latitudes is bringing warmer temperatures to Svalbard, which means more precipitation. Heavy rainfall in December is thought to be responsible for the unusually high number of reindeer deaths.

After the December rain hit the ground, the precipitation froze, creating “tundra ice caps,” a thick layer of ice that prevented reindeer from reaching vegetation in their usual winter grazing pastures. This forced the animals to dig pits in shoreline snow to find seaweed and kelp, which are less nutritious than the reindeer’s usual fare.

The scientists also observed reindeer grazing on cliffs, which the animals rarely do during winters when food is more plentiful. Rocky, mountainous regions on Svalbard don’t have much plant life, and this “mountain goat strategy” is risky for the reindeer, because the cliffs are very steep. But during lean years, about 50% of the reindeer climb to altitudes of nearly 1,000 feet (300 m) in a desperate search for food.

With their pastures locked in ice, the reindeer also have to travel farther to find food. And when there is little to eat, the youngest and oldest animals are usually the first to die.

“Some of the mortality is natural because there were so many calves last year,” she said. “But the large number we see now is due to heavy rainfall, which is due to ongoing climate chaos.“

This reindeer mass die-off in Norway is so brutal!