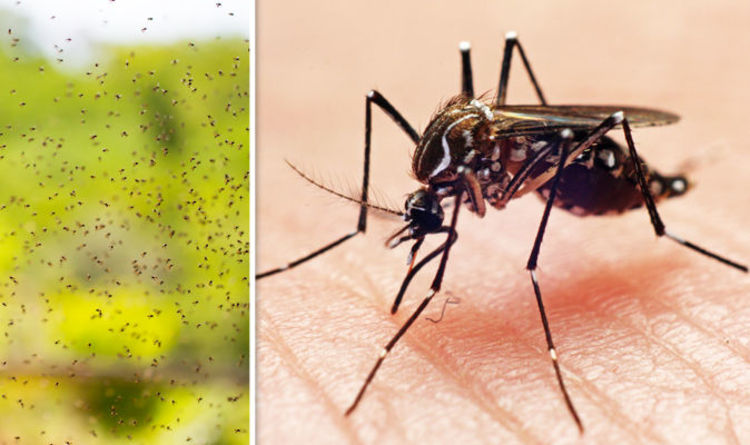 
The mosquitos have been infected with the bacteria in labs – the plan aims for males to mate with females carrying the deadly diseases such as Zika, dengue and yellow fever.

The sterilising Wolbachia will cause eggs from the females to die before they are able to hatch.

The first round of males will be released in Miami, USA, this week.

The Miami-Dade County Mosquito Reduction Test Program is the combination of work between the University of Kentucky and MosquitoMate.

The latter stated: “Wolbachia is special because it can prevent an insect from reproducing.

“This phenomenon is known as cytoplasmic incompatibility.

“If a male mosquito that has Wolbachia mates with a female that doesn’t, the eggs laid by that female will die.

“So what we need for cytoplasmic incompatibility to occur is for males that have Wolbachia to mate with females that don’t.”

Aedes aegypti are the type of mosquito in the initiative’s line of fire.

The aim of the project is to not only reduce the spread of deadly viruses but to decrease the number of mosquitos in the area completely.

While Wolbachia will have an adverse effect on mosquito eggs, it is not harmful to humans.

The bacteria is found in roughly 60 per cent of insects that include butterflies and dragonflies.

Only female Aedes aegypti spread diseases, therefore only males are being released to wage the mosquito war.

The scheme has already launched Florida’s Key West area but was interrupted by the arrival of Hurricane Irma.

Trials have successfully been conducted in Kentucky, California and New York – these have resulted in “significant” reductions in the female Aedes aegypti populations, according to the Miami-Dade County Mosquito Control and Habitat Management Division.

Shimmering ‘Lakes’ Under The South Pole of Mars Might Be Something Else Entirely : ScienceAlert
Superconductivity Model With 100,000 Equations Now Contains Just 4 Thanks to AI : ScienceAlert
Still Short of Breath? Here Are 3 Ways COVID-19 Can Damage Lungs Long Term : ScienceAlert
Wolves Really Can Become Attached to Humans Like Dogs Can, Adorable Study Finds : ScienceAlert
Ancient Burial of a Young Girl Shows How We Carried Our Babies 10,000 Years Ago : ScienceAlert