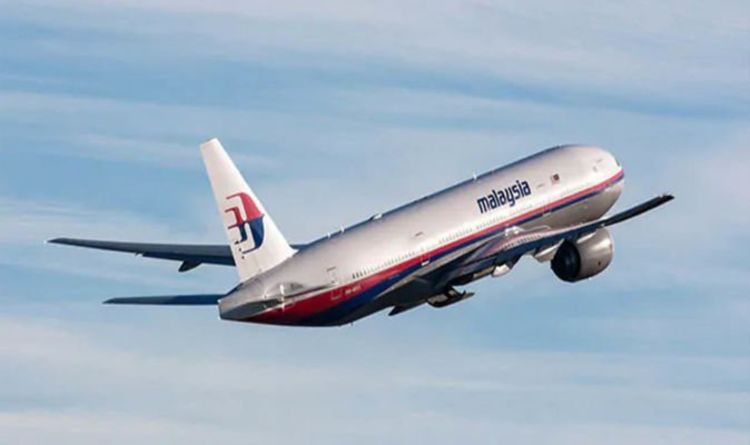 
MH370 left Kuala Lumpur Airport on March 8, 2014, destined for Beijing, China with 239 passengers on board. However, the jet last communicated with air traffic control at 1.19am, before mysteriously vanishing over the South China Sea. Radar and satellite data shows how the aircraft suddenly changed course and flew back across Malaysia before turning south of Penang and then towards the southern Indian Ocean – a move that many experts have looked into.

Some have suggested it proves the captain – Zaharie Shah – made a final goodbye gesture to his home town of Penang.

This is a condition in which the body is deprived of adequate oxygen supply at the tissue level and causes a person to become disorientated, before essentially passing out.

Ms Negroni questions in her book “The Crash Detectives” if this situation occurred after Mr Shah forgot to turn on the jet’s pressurisation switch.

She wrote in 2016: “An inability to get enough oxygen into the lungs to sustain cogent thought happens when aircrafts lose pressurisation, and that can happen for a variety of reasons.

“It can be triggered by an electrical problem or some mechanical difficulty.

“Pilots sometimes fail to turn the pressurisation on at the beginning of the flight, but even when the pressurisation is working as it should, there’s no way to keep a plane pressurised if there is a hole in the fuselage or if leaks at the seals of doorways, windows, or drains from the galley and bathrooms allow the denser air to escape.

“When aircrafts fail to pressurise after takeoff or lose cabin altitude in flight, it is potentially life-threatening.

“The reason we don’t see tragedies more often is that pilots are taught what to do.”

Ms Negroni revealed how in this situation, a pilot should fly to a lower altitude and switch the pressurisation on.

However, Mr Shah may have been incapacitated.

She added: “There are many cases of pilots discovering that they failed to set cabin altitude upon takeoff.

“If pressurisation was set correctly and is still not working, pilots immediately begin a rapid descent to an altitude where supplemental oxygen is not necessary.

“When pilots do not follow these steps, the situation spins out of control quickly.

“To be clear, pilots don’t intentionally ignore the procedures, when they do it is usually because their mental processes are already compromised by oxygen starvation.”