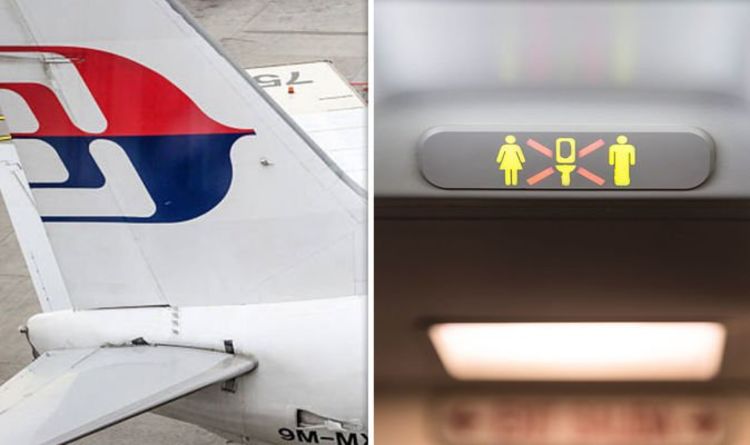 MH370 left Kuala Lumpur Airport on March 8, 2014, destined for Beijing, China with 239 passengers on board. However, the jet last communicated with air traffic control at 1.19am, before mysteriously vanishing over the South China Sea. Radar and satellite data shows how the aircraft suddenly changed course and flew back across Malaysia before turning south of Penang and then towards the southern Indian Ocean – a move that many experts have looked into.

Some have suggested it proves the captain – Zaharie Shah – made a final goodbye gesture to his home town of Penang.

However, leading air crash investigator Christine Negroni has an alternative theory, claiming Mr Shah was not even in the cockpit when disaster struck.

She wrote in 2016: “Zaharie had been in his seat since around 11pm, supervising Fariq Hamid, ordering fuel, entering information in the onboard computers, arming systems, checking the weather and discussing the flight with the cabin attendants.

“The airliner was now at cruise altitude, flying a pre-programmed course.

Zaharie Shah may have been in the toilet at the time (Image: GETTY)

Zaharie Shah was in control of the plane (Image: YOUTUBE)

“There was very little difference at this point between the Boeing 777 and every other jetliner Fariq had flown.

“So, in the scenario, I envision on Malaysia 370, this would have been the perfect time for Zaharie to tell Fariq, ‘Your airplane,’ leaving the 777 in the first officer’s hands so he could go to the bathroom.”

Ms Negroni believes Mr Hamid would have been thrilled with this opportunity.

She added: “Alone on the flight deck, Fariq must have enjoyed these moments.

“He was in sole command of one of the world’s largest airliners.

“While Zaharie was out of the cockpit, it would be Fariq’s job to tune the radio to the Ho Chi Minh air traffic control frequency.

“Zaharie had left the cockpit for what’s known as a ‘biological break’.

“Perhaps he would have stopped by the galley for a cup of coffee or a snack.”

However, while the captain was taking a break, Ms Negroni believes an emergency unfolded upfront.

She continued: “This is about the time when, I think, a rapid decompression happened near or in the cockpit.

Families long to know what happened to the flight (Image: GETTY)

“It would have made a startling noise, like a clap or the sound of a champagne bottle uncorking, only much, much louder and sharper.

“This would have been followed by a rush of air and things swirling everywhere.

“Pens, papers – everything loose – would have been tossed around, including the shoulder straps of Fariq’s seat restraint, which he would have unfastened for comfort not long after takeoff.

“A white fog would have filled the space as the drop in temperature turned the cabin air into mist.

“The first officer would have realised immediately, This is an emergency.”

Ms Negroni’s theory sees Mr Hamid suffer from hypoxia as a result of lack of oxygen to the brain.

She believes the man in control passed out, while the plane carried on flying until it ran out of fuel.

This Abandoned Soviet Site Is Home to The Deepest Hole on The Planet
Painting Eyes on The Butts of Cattle Can Protect Them From Lions, Research Shows
Humans Have Been Making Poison Arrows For Over 70,000 Years, Study Finds
Scientists Have Been Sending Signals to The Moon. They Finally Got One Back
The Force of Nothingness Has Been Used to Manipulate Objects