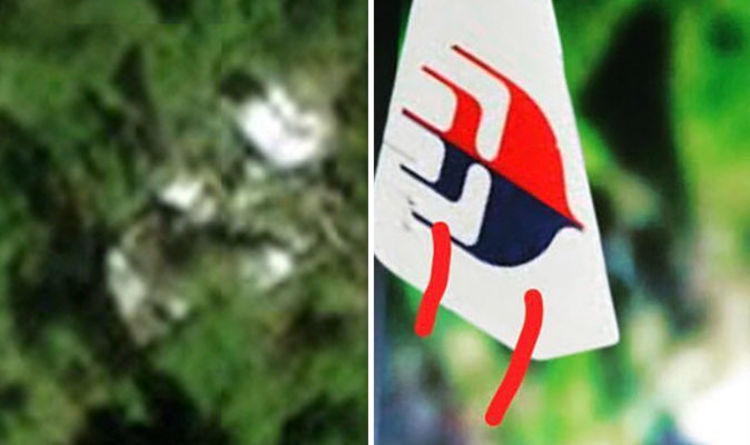 
The passenger flight carrying 239 people went missing on its journey from Kuala Lumpur to Beijing in March 2014 and it is unconfirmed what happened to it. Mr Boyer has been investigating this area in the jungle north of the Cambodian capital Phnom Penh since tech expert Ian Wilson first noticed it on Google Maps. The satellite images show white spots on what appears to be a disturbed forest bed.

Both men claim the white spots are debris from the crashed plane and Mr Boyer has spent some time working out which pieces each of them are.

“I am not just making a conspiracy but I have proof with calculations, measurements, analysis and counter evidence towards the flaperon ‘found off Africa’.

“I have countless satellite imagery although they are not good quality I am able to piece them together and get hard evidence.”

The ‘flaperon’ referred to is a part of a plane’s wing that was found washed up on the island of Reunion off Africa’s southeastern coast, and believed by some to belong to MH370.

Mr Boyer dismisses this claim, focusing instead on the Cambodia site.

He said he has not only identified from the grainy images which parts of the plane he believes each white area to be, but even thinks he has found the logo from the tail and body of the aircraft.

Firstly, he refers to the image he believes shows the tail of the plane.

He said: “This shows the logo of the jet, which is red.

“In the satellite image you can see a red tint and I even used the logo pasted on the second image to show a representation of how perfectly it fits on to the images logo.”

The plane enthusiast also believes he can see the “Malaysia” logo that runs across the body of the plane.

He said: “You can see on the bottom left above the windows there is blue writing over the windows.

“The top left image shows the writing where the ‘y’ tail is lower than the rest of the letters in the word.

“Under the tail of the letter ‘y’ is a missing window just like MH370.”

Mr Boyer has also identified what he believes is the turbine engine, fuselage and cockpit of the Boeing.

Oldest Known Dog Bone Hints Our Best Friends Were With Us Earlier Than Thought : ScienceAlert
A Tobacco Plant Has Been Engineered to Produce Cocaine in Its Leaves : ScienceAlert
Engineers Propose an Ambitious Plan to Bury Excess Carbon at The Bottom of The Ocean : ScienceAlert
Mysterious Tendrils Inside The Brain May Control Our Perception of Time : ScienceAlert
Giant Asteroid Unleashed a Devastating Martian Megatsunami, Evidence Suggests : ScienceAlert