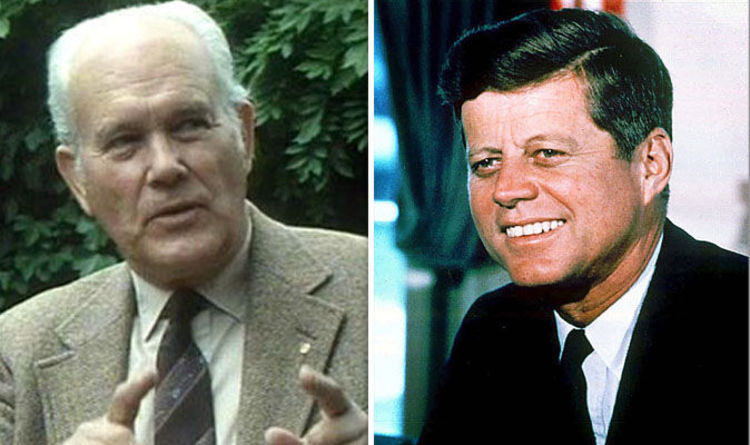 
The 35th President of the United States was shot dead in Dallas, Texas, US, on November 22, 1963. Both the FBI and the Warren Commission officially concluded that Lee Harvey Oswald acted alone, shooting the 46-year-old as his motorcade made its way down Dealey Plaza. However, the President’s former Chief of Special Operations claims the Secret Service could have saved his life in the five seconds between the first shot and the fatal blow to his head.

“Normally a special group called boot number 113, would have come up from San Antonio, Texas, and been all through the streets of Dallas,” Leroy Prouty revealed on Amazon Prime’s Dark Legacy.

“That was not done, in fact, the commander was specifically told he was not needed.”

The former USAF pilot claimed the move cost JFK his life – with officers capable of preventing a shooterunable to get close.

He added: “In the pictures of the school block where Oswald is supposed to have shot Kennedy there are open windows.

“If the Secret Service had been there and have done their job, none of those windows would have been open.

“Had anyone opened one of those windows, they would have been on the radio and had a man in that room instantly.

“That did not take place – in fact, there were no Secret Service near Dealey Plaza.”

Colonel Leroy Prouty believes it is no accident that the correct procedures were not followed.

He is a critic of the CIA and believes JFK’s murder was an inside job orchestrated by those high in power.

Prouty has stated that the hit was made by a CIA agent named Edward Lansdale, who he claimed had appeared in photographs shortly after the attack.

In 1973 Prouty published his book “The Secret Team”, where he claimed the CIA had worked on behalf of the interests of a “high cabal” of industrialists and bankers.

And two years later, he appeared on a news conference in New York to present photo evidence of the conspiracy.

He believed the movement of Kennedy’s body after the bullet proved there was a second gunman.