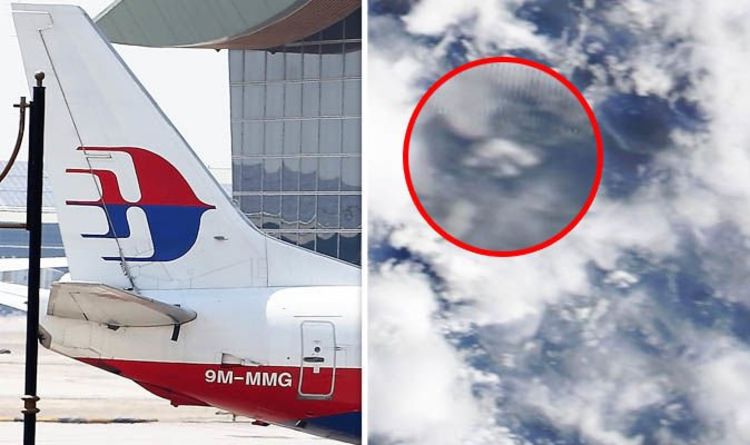 
Malaysia Airlines flight MH370, which vanished after taking off from Kuala Lumpur to Beijing in 2014, may be somewhere in the Indian Ocean. As the March 8 anniversary of the flight’s disappearance looms, new theories are gaining traction about what happened to MH370’s 239 passengers and crew. A newly proposed MH370 theory suggests the plane was photographed over the Indian Ocean shortly after taking flight. This theory is supposedly supported by NASA satellite images snapped by the space agency’s Earth Observing System Data and Information System (EOSDIS).

The most bizarre satellite snapshot appears to show a vaguely plane-like object directly to the west of Malaysia and Indonesia.

However, outside of conspiracy theory speculation, there is little to suggest the object in question is anything more than an oddly, plane-shaped cloud.

The Prime Minister said all collected data suggested the plane was positioned somewhere in the middle of open water to the west of Perth, Australia, which would place it much further south than the NASA photo.

Mr Mazak said on March 25 five years ago: “It is therefore with deep sadness and regret that I must inform you that according to this new data flight MH370 ended in the Indian Ocean.”

The families and friends of the 227 passengers and 12 crew members on board the flight have, however, not given up hop on finding the missing plane.

About 40 minutes into the journey, MH370 made its last ever radio message, when the cockpit crew said: “Good Night, Malaysian Three Seven Zero.”

On July 29, 2015, a fragment of the missing aeroplane was found on a beach on the French protectorate island of Réunion.

How to Have a COVID-Safe Car Ride, According to Science
One of The Largest Whale Carcasses Ever Found Has Washed Up in Italy
Male Mantises Evolved a Vital Trick to Avoid Being Decapitated After Sex
Scientists May Have Figured Out What These Weird Bronze Age Objects Really Represent
A Horrible Condition Turning Starfish Into Goo Has Finally Been Identified