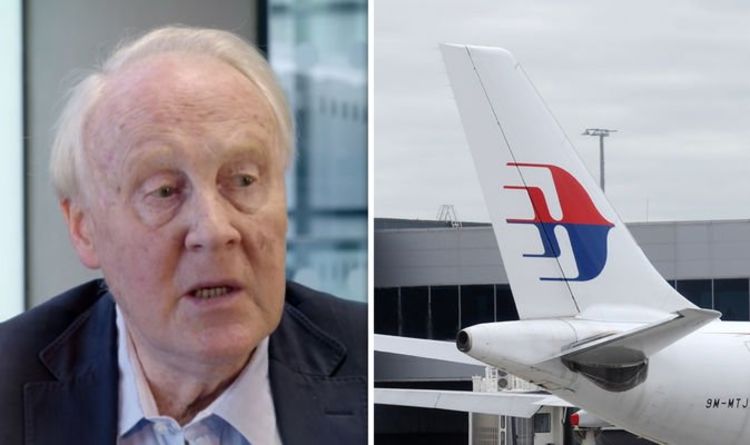 Malaysia Airlines flight 370 left Kuala Lumpur and went missing en route to Beijing on March 8, 2014, with 239 people on board. To this day, the plane has not been found, but the official investigation concluded that the most likely location of the wreckage is at the bottom of the southern Indian Ocean. The working theory is that the plane was hijacked and then flown out over the ocean until it ran out of fuel and crashed into the sea.

Aviation journalist David Learmount explained to the Channel 5 documentary ‘Flight MH370’ what he believes to be true, because it “couldn’t have happened any other way”.

He said: “I believe that what happened to this aeroplane was not an accident, it was planned.

The evidence that the plane was hijacked, rather than suffered an accident like an on-board technical incident, is its flight path after it disappeared from air traffic control radar.

The plane turned 180 degrees and flew up the Malacca Strait before turning again and heading out over the Indian Ocean.

This is the presumed flight path, based on evidence from military radar and communications between the plane and a satellite belonging to British satellite telecommunications company Inmarsat.

What makes the flight path particularly suspicious is that it flew exactly along the boundary between airspace belonging to different countries.

Mr Learmount said: “The aircraft almost turned back on itself and flew along the division of airspace between Vietnam and Malaysia, so each thought the other was in charge of it.

David Learmount insisted that MH370 was not an accident (Image: CHANNEL 5)

“For you that might be a coincidence, for me that was incredibly deliberate, because the accuracy of the flying was remarkable.

“And there was, in this aircraft, no pre-programmes – ie. automatic pilot – piece  of software which would have done that.”

Reflecting on what a potential hijacker’s motive might be, Mr Learmount suggested that the MH370 mystery could be what they intended all along – that confusing the world was in fact their objective.

The families of the 239 people on board MH370 are devastated (Image: GETTY)

MH370 families have been left without answers (Image: GETTY)

“The greatest thing they would really like to do is absolutely baffle the world forever as to how he did this and then die.”

This psychological picture also matches the evidence, because the hijacker would have had to be highly experienced in flying this sort of plane.

This is because whoever was in charge of the plane turned the aircraft’s transponder off, which meant it could no longer be seen on civilian radar.

Turning this off reportedly requires “intimate knowledge” of the cockpit controls.

What’s more, the alleged hijacker would have understood about dead zones in air traffic control, as they managed to escape undetected.

According to science journalist and MH370 expert Jeff Wise, the plane was being flown “aggressively” – higher and faster than such a plane normally would.

He claimed this indicates “signs of evasion and signs of escape”.

Mr Wise has a controversial theory that it was Russian military intelligence who are to blame for MH370’s disappearance.

His argument is that Russians on board the plane could have interfered with the data being sent out to satellite 3F1 to create a “false trail of breadcrumbs”.

In the Channel 5 documentary, he claimed that Russia wanted to distract the world from the conflict in Crimea, which occurred around the same time.

He added that the debris found in the Indian Ocean could have been “planted evidence”.

However, this is just one theory – while there is relatively strong evidence that MH370’s disappearance was not an accident, precisely who was behind it is more up for debate.

No One Likes Commutes, But They May Actually Be Good For Mental Health, Study Finds : ScienceAlert
Ancient Goo Spills The Secrets of How The Egyptians Mummified Their Dead : ScienceAlert
A Billion-Dollar Biotech Company Plans to Bring The Dodo Back to Life : ScienceAlert
Alarming Spread of Bird Flu Continues as More Species Infected : ScienceAlert
Bar Graphs Induce a Hidden Bias in Interpretation, Experiment Shows : ScienceAlert