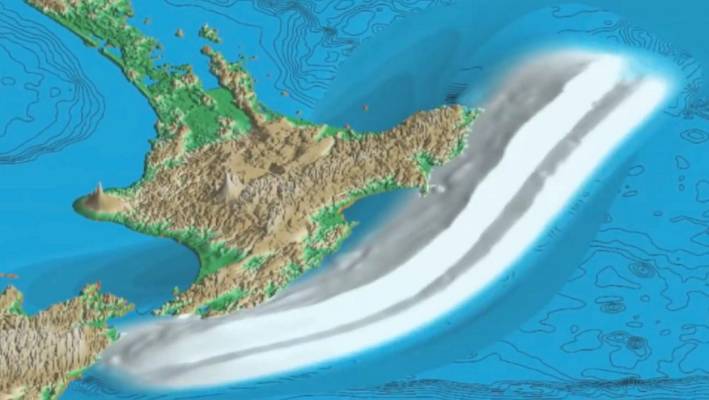 
A rare concentration of methane seeps from the sea floor off the Gisborne coast is being studied to understand their role in underwater landslides.

This in turn will determine the tsunami risk posed by the landslides. The seeps could be linked to slow slip events – bursts of slow tectonic plate movement that last from weeks to months.

Named the Tuaheni Seep Field, the feature has more than 630 methane seeps, within a 90 square meter area 40km from Gisborne, in depths of about 800 metres.

Methane seeps are present in other isolated areas of the world, but finding so many so close together is a unique scientific puzzle. A paper outlining the find has recently been published in the journal Marine Geology.

The geological reason behind the focused seepage and its implications are not quite understood yet. It is suspected that some of the methane is making it to the surface, which is quite unusual.

There is a significant underground gas source which is suspected of causing underwater landslides and may be related to deeper fluids in the subduction zone that could in turn influence earthquake behaviour.

There were many submarine landslides in the area in the past and it looks like the gas is a piece of the puzzle.

The seeps formed thousands of years ago within the Hikurangi Subduction Zone, off the North Island’s east coast, where the Pacific tectonic plate is subducting, or diving beneath, the Australian tectonic plate.

The Hikurangi zone is potentially the largest source of earthquake and tsunami hazard in New Zealand.

The most probable hypothesis is that tectonic activity in the subduction system, like slow slip events, is controlling the seeps.

A key driver of research into the seeps was to understand the role the gas could play in destabilising underwater slopes and causing landslides. The research would ultimately help determine the tsunami hazard potential posed by the landslides.

Dogs Can Be Aggressive For Lots of Reasons, And One of Them Is You : ScienceAlert
There’s a ‘Lost City’ Deep in The Ocean, And It’s Unlike Anything We’ve Ever Seen : ScienceAlert
Major Blow as Experimental HIV Vaccine Fails in Late Clinical Trial : ScienceAlert
Bacteria Can Use Plastic Waste as a Food Source, Which Isn’t as Good as It Sounds : ScienceAlert
The True Extent of Global Warming Has Been Hidden, Scientists Warn : ScienceAlert