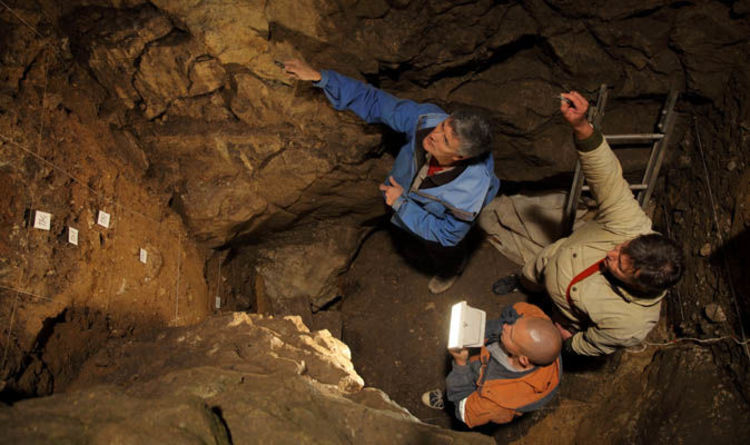 The love child of two prehistoric species of humans has been unearthed in a Russian cave (Image: SWNS)

She was at least 13 when she died and had a Neanderthal mother – and Denisovan father!

It shows our ancient ancestors interbred much more frequently than thought in a Lord of the Rings-style world.

Dr Viviane Slon, a geneticist at the Max Planck Institute for Evolutionary Anthropology (MPI-EVA) in Leipzig, Germany, said: “We knew from previous studies Neanderthals and Denisovans must have occasionally had children together.

“But I never thought we would be so lucky as to find an actual offspring of the two groups.”

The Neanderthals and Denisovans were ‘sister groups’ and our closest extinct human relatives.

It is known the Denisovans lived alongside modern humans and our primitive cousins – and had sex with both.

But the rest remains a mystery.

Their very existence only came to light a decade ago when a bone was dug up in the Denisova Cave in the foothills of the Altai Mountains in Siberia – where the latest discovery was made. 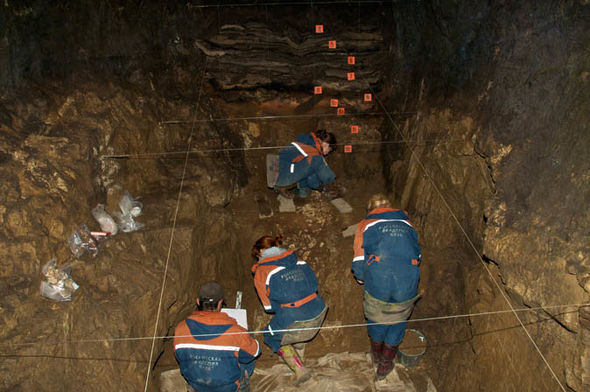 Analysis of fossils has since suggested they shared an origin with Neanderthals – but were genetically very different.

They have traces in their DNA of a species completely unlike anything we have seen anywhere on Earth. We don’t know where they came from – or who they were.

The ancient girl described in Nature is only represented by a single small fragment of bone from either her arms or legs.

But the team was able to extract DNA from bone powder collected from the sample – and this was enough to map her complete genome.

Co-author Professor Bence Viola, an anthropologist at Toronto University, said: “The fragment is part of a long bone and we can estimate this individual was at least 13 years old.”

The fossil was found by Russian archaeologists during an excavation of the famous cave in 2012.

It was taken to Leipzig for genetic analyses after it was identified as the bone of an early human – or hominid – based on its protein composition.

The Altai Mountains are a range where Russia, China, Mongolia and Kazakhstan come together. 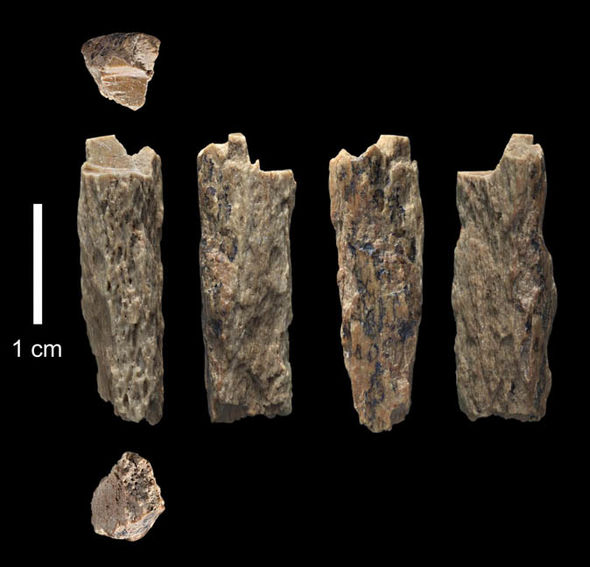 The ancient girl described in Nature is only represented by a single small fragment of bone (Image: SWNS)

Co-author Dr Fabrizio Mafessoni, also based at MPI-EVA, said: “An interesting aspect of this genome is it allows us to learn things about two populations – the Neanderthals from the mother’s side and the Denisovans from the father’s side”

The researchers determined the mother was genetically closer to Neanderthals who lived in western Europe than to those that lived earlier in Russia.

This shows Neandertals migrated between western and eastern Europe – and Asia – tens of thousands of years before their disappearance.

Analyses of the genome also revealed the Denisovan father had at least one Neanderthal ancestor further back in his family tree. 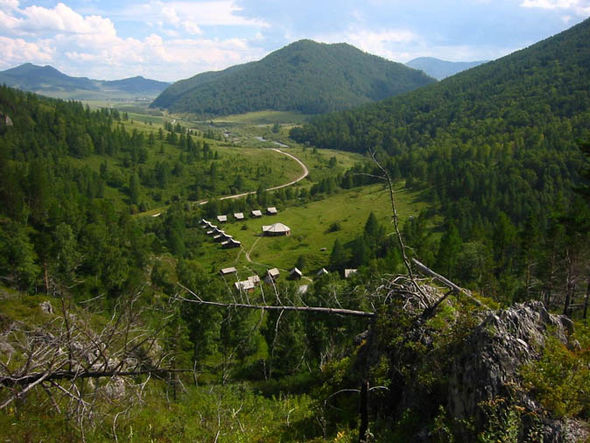 A view of the valley from above the cave (Image: SWNS)

Dr Benjamin Vernot, of the Max Planck Institute of Evolutionary Anthropology, said: “So from this single genome we are able to detect multiple instances of interactions between Neanderthals and Denisovans.”

Scientists believe there are still unknown human lineages yet to be discovered – and paleontologists will find more of our family tree.

This situation in which there were multiple hominid populations on Earth at the same time would be similar to JRR Tolkien’s fantasy world he named Middle-earth.

Lead author Professor Svante Paabo, director of the department of evolutionary genetics at the MPI-EVA, said: “It’s striking we find this Neanderthal/Denisovan child among the handful of ancient individuals whose genomes have been sequenced. 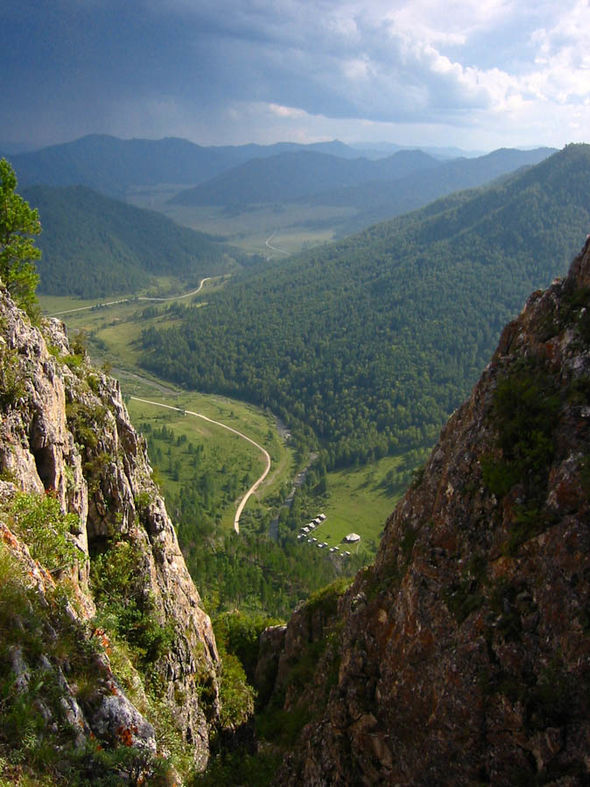 It shows our ancient ancestors interbred much more frequently than thought (Image: SWNS)

“Neanderthals and Denisovans may not have had many opportunities to meet. But when they did they must have mated frequently – much more so than we previously thought.”

DNA evidence has shown Neanderthals lived among modern humans for thousands of years and interbred with them before they became extinct.

And they were not the only other human-like intelligent species in prehistoric times.

In 2003 scientists identified Floriensis (check) – known as the hobbit people – in Indonesia – five years before the Denisovans were discovered.

It means tens of thousands of years ago there were at least four different forms of humans on the planet.

These Are The Most Distant Star Clusters Ever Seen, And We Nearly Missed Them : ScienceAlert
Amazing New Fossils Provide Earliest Known Traces of The Evolution of Our Jaws And Limbs : ScienceAlert
Bitcoin’s Climate Impact Is Bigger Than Beef Farming – And It’s Only Getting Worse : ScienceAlert
Fossil-Filled Australian Caves May Be 500,000 Years Older Than We Thought, Study Finds : ScienceAlert
A New FRB Signal Has Buzzed Nearly 2,000 Times in Just Two Months, Raising a Mystery : ScienceAlert