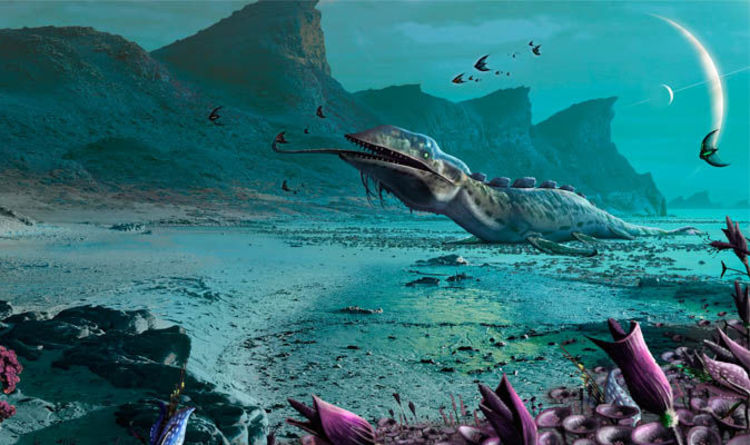 
US-based researchers have challenged the notion alien life can only develop on exoplanets closely resembling Earth.

A paper published today in the Astronomical Journal asserts ocean worlds are much more hospitable to life than initially assumed.

Until now scientists generally assumed water worlds could not support the appropriate cycling of gases and minerals that stabilise the climate – much like on Earth.

But the two researchers ran thousands of simulations to determine this might not be the case for exoplanets orbiting stars similar to our Sun.

Professor Kite said: “This really pushes back against the idea you need an Earth-clone – that is, a planet with some land and a shallow ocean.”

Life requires an incredibly long amount of time to develop and evolve which makes habitable exoplanets to spot.

This is because over time the light and heat on planets change as their stars age, which is why scientists typically search for planets similar to Earth.

These so-called Earth clones have an appropriate mix of water and land which keeps the planet’s climate in a status quo over time.

Earth is a prime example of how this geographical balance keeps the climate naturally stable.

Over incredibly long periods of time, the planet will draw greenhouse gases into minerals to cool itself down and release them back into the atmosphere through volcano eruptions to warm itself up again.

But this cycle cannot occur on water worlds where most of, if not the entire planet’s surface, is covered in water.

After running their simulations of randomly generated planets, Dr Kite and Dr Ford found the climates of many water worlds remained relatively stable over billions of years.

Professor Kite said: “The surprise was that many of them stayed stable for more than a billion years, just luck of the draw.

“Our best guess is that it’s on the order of 10 percent of them.”

The expert said the fortunate few planets were all in the right position around their stars and were abundant in carbon.

This suggests water worlds have a way of recycling carbon between the atmosphere and the oceans – just enough to keep conditions stable for life.

The watery exoplanets were dubbed Kepler-62e and Kepler-62f.

At the time, the US space agency touted the two planets as two of the most promising alien worlds were life might exist.

Bill Borucki, NASA Ames Research Center, said at a press conference: “Look at our own ocean. It is absolutely full of life.

“We think, in fact, life might have begun there.”

The scientist suggested the possibility life on these water worlds could have even evolved beyond purely-aquatic creatures like fish.

He said: “At least in our ocean we have flying fish. They fly to get away from predators.

“So we might find that they have evolved – birds – on this ocean planet.”