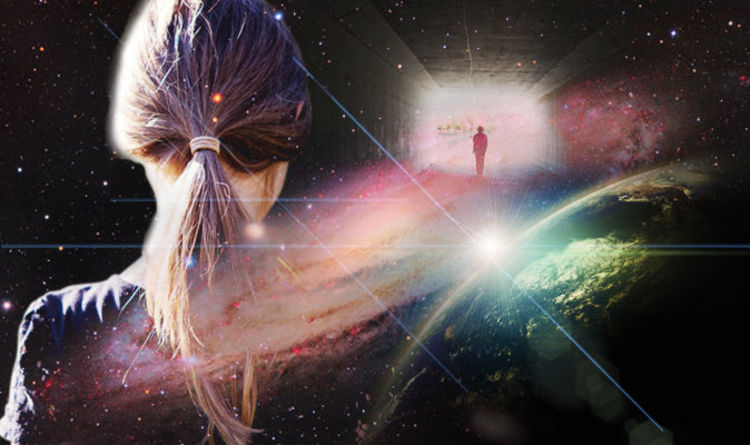 
When the woman called Mache was just five years old she came down with a fever which hit more than 40 degrees celsius.

The young girl began having seizures as her illness got worse and her mother took her to the hospital. She was on the brink of death.

Mache, who is now in her 40s, said that as her illness got worse, she began to feel more tired, yet more at peace as if the pain were easing.

At one point as the life was seeping out of her, Mache told the medical professionals who were in the room with her mother that “I was feeling much better”.

However, at this point, Mache said she began to transcend space and time as if she was part of the universe.

She writes for the Near Death Experience Research Foundation: “The sounds in the room started to get a hollow echo to them. I wanted to close my eyes, so I did.

“I felt so proud. I opened my eyes to look, and when I did I was looking at myself.

“I wasn’t upset or scared. But, I was a little confused. I knew I didn’t have a body. I felt like I was part of everything and everyone. I just floated up and could see other rooms.

“I later detailed conversations that there is no way I could have known. I lifted out of the hospital and continued ascending. I began browsing through time. I saw events from my short life.

“I later detailed things that occurred before I could even talk. These were events I should not be able to remember but I do and in great detail. As I kept ascending, I felt at peace.

“There were no questions or unknowns. Time wrapped in on itself. There was no past, present, or future as we see it here. Everything happened now and all at one time.

“I felt united or one with the world.”

She added she knew “everything about the universe”.

She said: “I understood time and I understood our connections to one another. I know I had no more questions.”

Suddenly, Mache “began drifting towards a beautiful light and I wanted to touch it”.

However, she felt a “pop” and was pulled back down through the hospital: “I descended almost instantly”.

It was then that she awoke back in the hospital bed where the doctors who had revived her told her she had technically died.

Hubble And Webb Pics Reveal DART Impact Was Even Bigger Than Expected : ScienceAlert
Long COVID Is Still Raising More Questions Than Answers, Say Researchers : ScienceAlert
Ancient Burial of a Young Girl Shows How We Carried Our Babies 10,000 Years Ago : ScienceAlert
A Rare Condition Makes Hair Truly Untamable, All Thanks to These Genes : ScienceAlert
Superconductivity Model With 100,000 Equations Now Contains Just 4 Thanks to AI : ScienceAlert