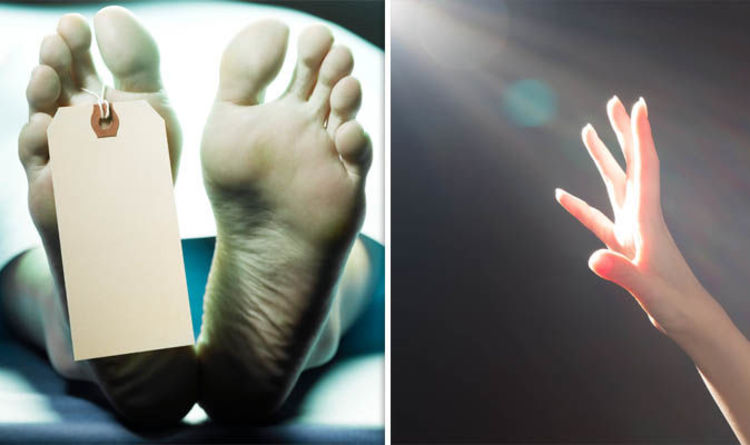 
The person, who only gave his name as Desmond, suffers from a condition known as Marfan Syndrome – a disorder which effects the connectivity tissue of the body.

Desmond also suffers from asthma and needed surgery for his Marfan Syndrome.

During the operation, he became short of breath due to his conditions and the doctors struggled to keep him alive.

At this point, he believes he crossed over to the other side.

Desmond says he left his body and could see himself on the operating table with his mother next to him, crying.

He wrote for near-death experience website NDERF.org: “In the middle of suffocating, I began to feel relaxed and thought, ‘I’m dying. This is it.’ Suddenly, I saw myself on the operating table.

With the doctors struggling to revive him, Desmond says he fell deeper into what he called “the Dark Place” where he believes he heard the voice of God.

Desmond continued: “My time in the Dark Place was without emotion or thoughts, yet I was sentient. There was nothing to see, feel, or know in The Dark Place.

“I did not experience any emotions during the experience. I lost my personality, memories, and emotions. All of a sudden, a very loud voice spoke to me out of nowhere.

“The male voice loudly and slowly said, ‘God.’ I was then immediately resuscitated and put under a medically-induced coma.”

Desmond was in said coma for two weeks, and the “first thing I said when I woke up was, ‘I heard God!’”

Some researchers state these are normal phenomenon and not necessarily a sign of Heaven, Hell or an afterlife.

The Cause of Alzheimer’s Could Be Coming From Inside Your Mouth : ScienceAlert
The Science Behind Why You Sprain Your Ankle So Often, And What You Can Do About It : ScienceAlert
Colossal Exoplanet Is One of The Most Massive Super-Earths Ever Discovered : ScienceAlert
10 Days After Its Launch, Orion Has Successfully Entered Lunar Orbit : ScienceAlert
Scientists Revived Ancient ‘Zombie Viruses’ Frozen For Eons in Siberia : ScienceAlert