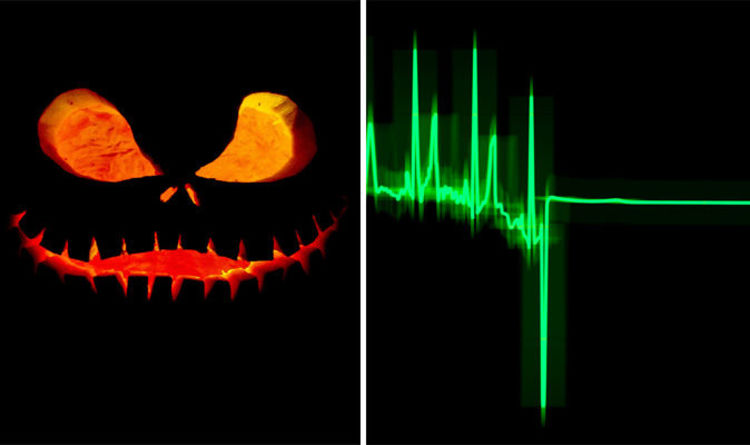 
Many believe that on Halloween, the gap between life and death is closer than at any point of the year.

Some, such as in Mexican culture, use it as a day to remember the dead as ancient folklore states the boundries between here and the ‘other side’ are extremely thin.

One man claims to have proof of this when he died temporarily in a car crash on Halloween and saw what happens in the afterlife.

The person who just gives their name as Matteo was involved in a car crash on Halloween, 2010, which left him fighting for his life.

Before the ambulance could reach him, Matteo believes he slipped into the afterlife where he met a superior being.

Writing for NDERF, Matteo said: “I entered into a space – a place, a dimension that I don’t know how to name, which was all white. It seemed to be a perfect white – emanating heat, light, serenity, tranquillity, and understanding.

“I felt good there. I was just my soul – I did not have a sense of my body.

“Right in front of me, I saw a sort of silhouette coming towards me, but I couldn’t identify what it was, because it/he/she was too bright.

“I think the figure spoke to me.

“It was actually telepathy, more than words. We communicated without physical speech.

“I remember a feeling being conveyed of ‘NO’, in the sense that it/he/she was not satisfied with my life.”

Suddenly, Matteo was returned to his body where he awoke in hospital after being resuscitated by paramedics, but said he could hear the voice in his head for a month after the accident.

However, Experiences like Matteo’s are not uncommon and researchers believe they could have an explanation.

A Tobacco Plant Has Been Engineered to Produce Cocaine in Its Leaves : ScienceAlert
Giant Asteroid Unleashed a Devastating Martian Megatsunami, Evidence Suggests : ScienceAlert
Millions of ‘Silent Synapses’ Could Be The Key to Lifelong Learning : ScienceAlert
Grim Study Shows 10 Years of ‘Carbon Offsets’ in California Had No Climate Benefit : ScienceAlert
Mysterious Tendrils Inside The Brain May Control Our Perception of Time : ScienceAlert