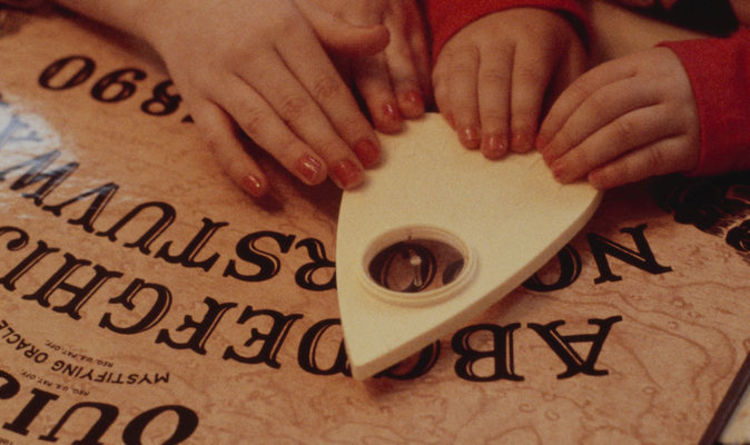 
The Ouija is also known as a spirit board or talking board.

The board tends to be flat and is marked with all the letters of the alphabet, as well as numbers zero to nine.

The words “yes”, “no”, “hello” and “goodbye are often marked on the board too.

People place their fingers of a small heart-shaped piece of wood or plastic called a planchette and it is moved around the board to spell out certain words.

The game originated as a fun way for people to ask questions and then see what the planchette would spell out for them.

However, after World War One, American spiritualist Pearl Curran started associating the game with the occult.

Spiritualists believed dead people were able to contact the living through the board.

Now the Ouija board is generally considered to be part of Halloween.

Americans generally regard Halloween to be a major festival and often play games, dress up, and trick or treat around neighbours’ doors to celebrate.

A popular game to play on this spooky day is Spirit in the Glass.

To play this, you need to be sat around a table that has a smooth surface.

In a circle, the letters of the alphabet and the numbers one to nine should be spread out.

A clean glass is placed on the table and used as a planchette.

Questions can then be asked and the dead may be contacted.

Halloween is celebrated every October 31.

The day is often associated with the Celtic festival called Samhain, when ghosts and spirits were believed to be around.

Now children enjoy the day by dressing up as their favourite scary character and frightening masks.

A Strange Thing Happens to Wolves Infected by Infamous Mind-Altering Parasite : ScienceAlert
Psychologists Found a Weird Trick That Changes How Food Tastes : ScienceAlert
An Unexpected Source Might Be Helping The Universe Glow More Than It Should : ScienceAlert
Engineers Propose an Ambitious Plan to Bury Excess Carbon at The Bottom of The Ocean : ScienceAlert
We May Finally Know How Lightning Gets Its Zigzag Shape : ScienceAlert