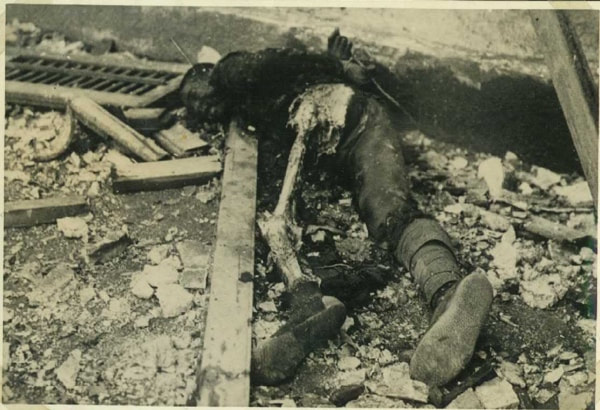 
While doing research in Australia, Professor T. Tanaka stumbled upon a strange folder with the interesting title “War crimes documents.”

In there, Tanaka discovered that for 50 years, the Japanese government had been covering up a series of atrocities among others at least 100 cases of confirmed cannibalism committed by its soldiers during the Sino-Japanese War and World War II.

The document shows that members of the Japanese Imperial Army had been eating Australian Indian soldiers, and even Asian citizens.

Australian soldiers report finding bodies of their fallen comrades with every ounce of their meat having been stripped off the bone.

How did the Japanese high command react to all this?

They reminded their soldiers that it was a crime punishable by death to consume human flesh … that didn’t belong to your enemies.

So throwing a Papuan laborer on the campfire was a big no-go… But eating a nice leg of enemy combatants was less of a war crime and more of a dinner faux pas.

And their superior’s permission wasn’t just implied, either. On many of these picnics, the soldiers weren’t even starving. Yet, there is evidence that some Imperial Japanese commanding officers actually ordered their own soldiers to commit such disturbing acts of cannibalism, like a team-building exercise, meant to strengthen the warrior spirit and consolidate interpersonal bonds.

Cannibalism in this case wasn’t an act of desperation to survive but rather a tool for projection of power and intimidation.