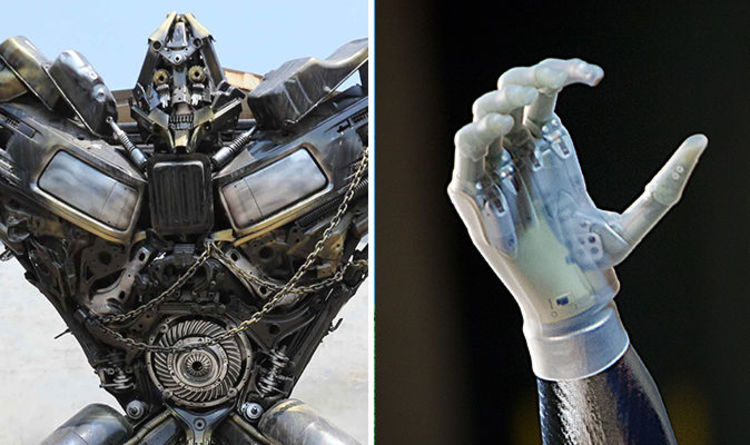 
Experts predict that human-like droids will be on standby to help in hazardous situations which are too dangerous for us to manoeuvre in as little as fifty years.

By 2068, they expect hundreds of autonomous human-like droids will be on round-the-clock standby to assist our survival.

With unfaltering endurance and the ability to work in sub-zero temperatures, they could be able to carry out search and rescue missions that machines and humans currently can’t.

In the event of another Storm Emma or ‘Beast from the East’, the robots would have the strength to pull cars out of snow drifts, overturn fallen lorries, and cover entire stretches of motorway in a fraction of the time it takes rescue vehicles.

Author and AI authority Mat Shore believes they could even carry out emergency first-aid, transport injured people to the hospital, and even offer “words of human-like comfort” to those in need.

He said the cyborgs will “assist and complement” all emergency services and support the Armed Forces as needed in a non-military capacity.

Scientists have already created synthetic muscle-wielding machines that can lift up to 1,000 times their own weight.

Shore believes the need for “smart” droids to help in times of catastrophe will drive innovation and lead to the creation of robots with both organic and biomechatronic body parts.

Speaking at the UK launch of this latest book, The Seven Heavenly Habits of Innovation, Mr Shore said: “In times of crisis, the need to innovate – and to think innovatively – becomes more important than ever.

“The Beast from the East has clearly highlighted a variety of shortcomings in existing technology, most of which is outdated and unable to cope with the extreme temperatures and conditions.

“Innovators will now be looking at ways to aid the public and to help the rescue services, and there is no doubt that the development of robotics generally – and in cyborgs in particular – will be at the forefront of their minds.”

He also called the cyborgs an “urgent priority” in regards to potential nuclear catastrophes, natural disasters and the like.

Scientists Discover a Weird New Form of Ice That May Change How We Think About Water : ScienceAlert
Incredible ‘Fairy’ Robot Sails on The Breeze Like a Floating Dandelion : ScienceAlert
Mysterious Medieval City in Africa Had a Genius System to Survive Drought : ScienceAlert
Ultra-Processed Food May Exacerbate Cognitive Decline, New Studies Show : ScienceAlert
Planting More Trees in Cities Would Save Thousands of Lives, Scientists Say : ScienceAlert