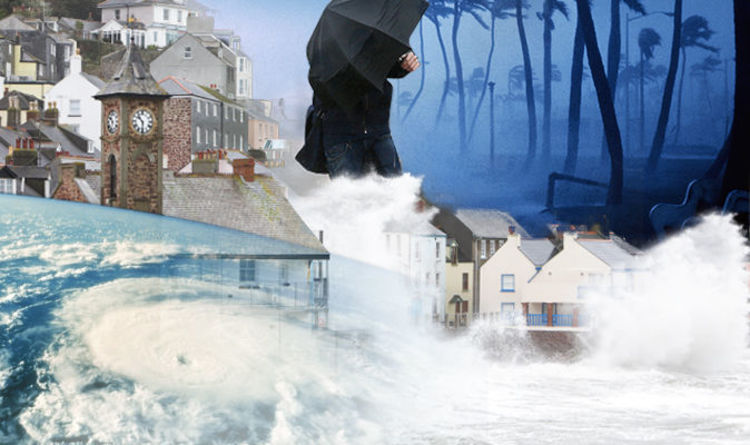 
New research has found due to warming oceans, storms are building up quicker and in return are releasing faster and with a much stronger force.

Hurricanes are fuelled by heat and in 2017 temperatures in the western Gulf of Mexico reached record highs before the deadly Hurricane Harvey struck in late August.

Research published in Earth’s Future found the energy released into the atmosphere during the rainfall of Hurricane Harvey matched the amount of energy removed from the ocean.

Hurricane Harvey dumped an astonishing 60 inches of rainfall in parts of Texas which is the highest on record for a single storm in the history of the United States.

If climate change continues to worsen and the oceans continue to heat up, storms in the future are likely to continue to get more powerful.

The study, led by Kevin Trenberth, a climate scientist at the National Center for Atmospheric Research, read: “While hurricanes occur naturally, human‐caused climate change is supercharging them and exacerbating the risk of major damage.

“Record high ocean heat values not only increased the fuel available to sustain and intensify Harvey, but also increased its flooding rains on land.

“Harvey could not have produced so much rain without human‐induced climate change.”

2017 saw 10 hurricanes with Harvey, Irma and Maria killing more than 350 people and causing hundreds of billions of pounds worth of damage to infrastructure to the United States and the Caribbean.

The hurricane season is from June to November when the seas are at their warmest and most humid creating ripe conditions for a hurricane to develop.

Previous research from Colorado State University found that there could be up to 18 named storms in 2018 – there were 17 in 2017.

A statement from Colorado State University read: “We anticipate a slightly above-average probability for major hurricanes making landfall along the continental United States coastline and in the Caribbean.

“As is the case with all hurricane seasons, coastal residents are reminded that it only takes one hurricane making landfall to make it an active season for them.”