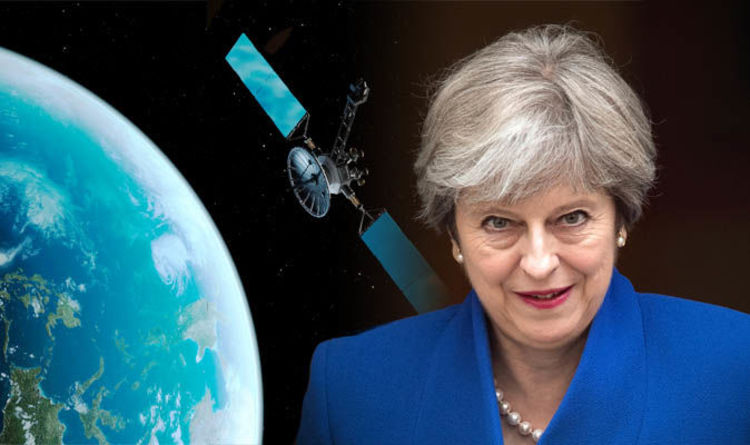 The space industry has become a key target for the UK Government and is being heavily invested in under the Strategy Challenge Fund.

A staggering £100million of funding was allocated for a new National Satellite Testing Facility, a central space hub for the UK, which is expected to be operational by 2020.

Jesse Norman MP, Parliamentary Under Secretary of State for Transport, has now said the UK has one of the most modern space legislation in the world, is thinking about expanding its spaceport capabilities and the Government is working very closely with the industry.

Speaking at an inaugural Policy Exchange event in Westminster, on the topic of space, Mr Norman said an already booming industry is being re-energised on all fronts.

He said: “There is no reason why we shouldn’t become the European hub for space.”

Both experts in the field of space, communications and military navigation systems were positive the UK is driven to grow its space footprint in the global industry.

He said: “We are world class in space engineering, research and technology and are a world leader in building space based telecom satellites.”

Mr Wood added a good sign of that is the excitement among people outside of the industry – not just within the commercial area.

And on the question of Brexit he agreed more missions will serve to stimulate the industry even further.

The Government’s current ambition is to dominate 10 percent of the world’s space industry market by 2030 – an already ambitious goal which Mr Wood thinks can be extended to lead Europe.

He said: “Time to market is now critical.” 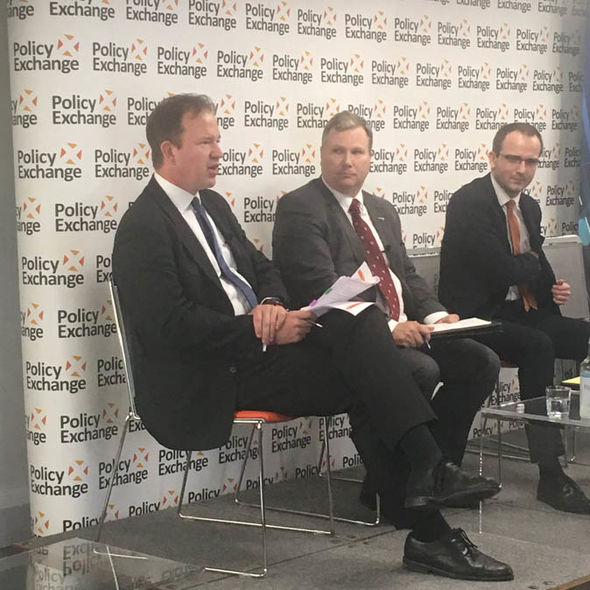 Space industry: Jesse Norman MP said the UK could be a hub for Europe’s industry

But a crucial element of staying ahead of the competition relies on recognising the importance of mutual cooperation across international borders.

Mr Wood outlined Japan, Australia and Korea as some of the most active countries in the space industry right now.

On May 8 the Australian Government unveiled its impressive $19 million budget for its very first national space agency.

India has similarly made leaps and bounds in its race for the stars, built upon multiple successful satellite launches in the past year.

Astronaut Edwin Aldrin walks by the footpad of Apollo 11.

Mr Norman added interaction with international partners is an important part of the picture in order to ensure the UK can play a useful role in Europe.

Marshal Stringer similarly gave his wholehearted support to the idea of international cooperation in space.

He stressed the vital role UK and US cooperation has played in the past – a relationship which he said lasted through “numerous cabinet changes”.

Mr Stringer said: “We are operating in a contested environment against adversaries that are making it difficult for us and could make it even more difficult. 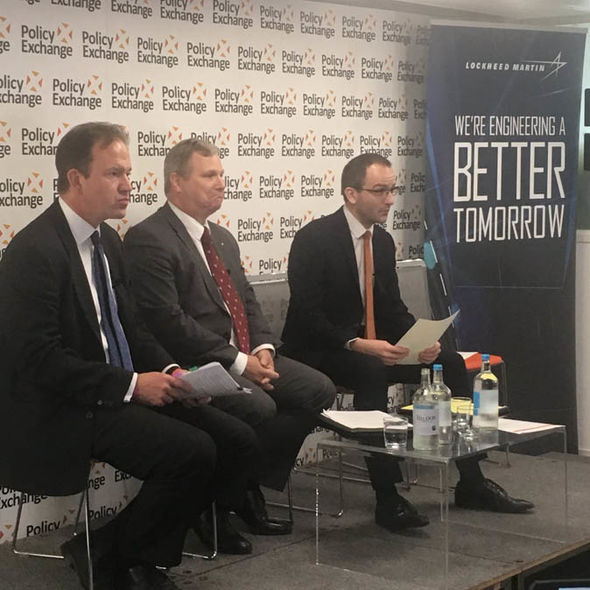 Space industry: The Government faces a challenge over the Galileo issue

“We rely on our partners across all industries to allow us to compete in that environment.”

According to Mr Wood this cooperation over existing systems can be further extended over future policy over space protection and navigation systems for future generations.

But there is still a lot of uncertainty over what exactly will happen to UK’s European operations once every last brexit deal is signed off in 2019.

Mr Norman stressed the Government wants to continue the Galileo arrangement but it is ultimately an issue for the Ministry of Defence and the “heavy machinery at the top of the Government” to deal with.

He said: “We have been clear about our commitment to security across Europe and more widely.”

Mr Wood said the Government faces an incredibly tough negotiation ahead of it and it would be “dangerous” for him to comment, but remained hopeful we should see this debate as nothing more than a “small glitch along the way”.