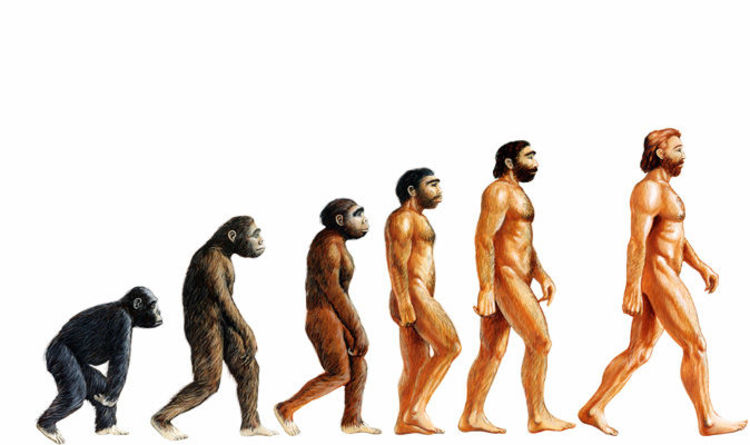 
Previously, the oldest footprints discovered dated back 3.7 million years and were discovered in Laetoli, Tanzania, with human relatives developing about three million years earlier in Ethiopia.

However, it is not only the date of the recently discovered footprints which through human origin into doubt, but also where we emerged from.

The 5.7 million year old footprints were discovered in Crete, which either proves that Africa is not the ‘cradle of humanity’ or that humans evolved and migrated much earlier than previously thought.

Researchers had previously believed humans originated in Africa and remained there for millions of years before heading out towards Europe and Asia.

But the new discovery suggests there is far greater complexity in the origins of humanity.

Professor Per Ahlberg at Uppsala University, author of the study published in the journal Proceedings of the Geologists’ Association, said: “What makes this controversial is the age and location of the prints.

“This discovery challenges the established narrative of early human evolution head-on and is likely to generate a lot of debate.

“Whether the human origins research community will accept fossil footprints as conclusive evidence of the presence of hominins in the Miocene of Crete remains to be seen.”

However, writing for the Conversation, the researchers say there is some doubt about the footprints.

They add: “Some might suggest that the distinctive anatomy of a human-like foot could have evolved more than once.

“The tracks could have been made by a hitherto unknown Miocene primate that had a foot anatomy and locomotive style not unlike our own.

“There are examples throughout the fossil record of what is called ‘convergent evolution’—two unrelated animals developing similar anatomical features as adaptations to a particular lifestyle.”

Water Can Spontaneously Form Hydrogen Peroxide, And We Finally Understand Why
‘Structured Water’ Is Not What People Claim. Don’t Believe The Hype, Scientist Says
Extreme Drought in Italy Reveals Hidden Bomb Submerged in River Since WWII
An Experimental Surgical Robot Is Headed to The International Space Station
Record-Breaking Experiment Could Solve a Huge Challenge in Quantum Computing