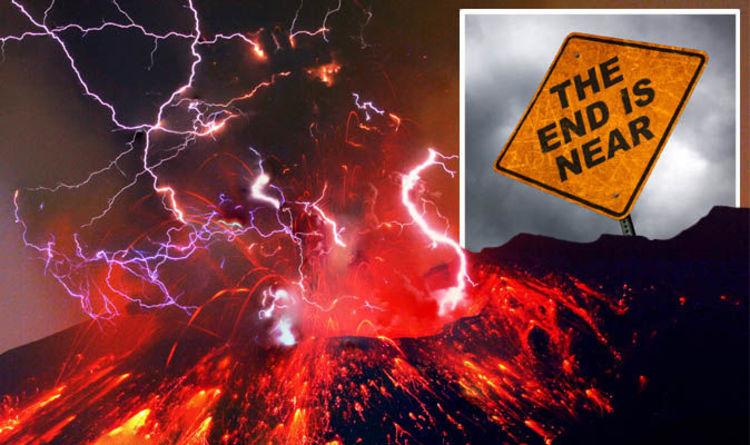 The Mount Toba super eruption around 75,000 years ago was the closest Mother Nature has come to wiping out humans off the face of the planet.

The apocalyptic cataclysm shrouded the planet in a deadly volcanic winter, choking out the skies and reducing populations around the globe.

Climate models from the time of the eruption, suggest global temperatures may have fallen by as much as 30ºF, causing sea levels to drop, plant life to suffer and rainfall levels to fall.

But recently unearthed remains in South Africa suggest, humans may have actually thrived through the ongoing apocalypse.

The shock news comes off the back of scientists warning a Yellowstone super volcano eruption could kill millions of people without warning.

But an international team of researchers led by Curtis Marean, professor of archaeology at Arizona State University (ASU), uncovered evidence of human activity prior to and after the deadly eruption.

Dr Marean said: “We’re the first ones to really address the question of the Toba hypothesis in Africa. 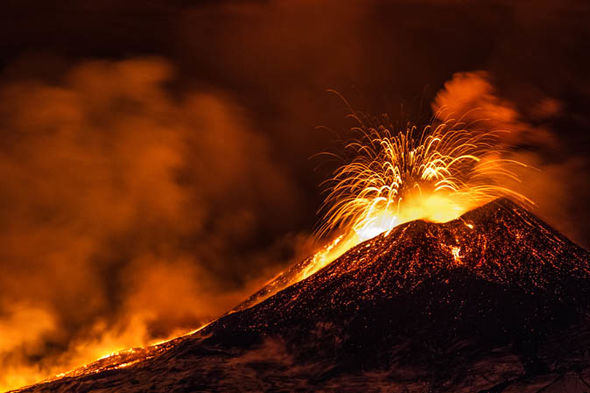 Super volcano eruptions: Scientists are split on the effects of the Toba supereruption

“It’s in Africa that it really counts, because that’s the source location of modern humans.”


During and after the time of the Toba eruption, people lived at the site continuously, and there was no evidence that it impacted their daily lives


The shock findings were published on Monday in the British scientific journal Nature.

The report states: “By defining the input of shards at both sites, which are located nine kilometres apart, we are able to establish a close temporal correlation between them.

“Our high-resolution excavation and sampling technique enable exact comparisons between the input of Youngest Toba Tuff glass shards and the evidence for human occupation.

“Humans in this region thrived through the Toba event and the ensuing full glacial conditions, perhaps as a combined result of the uniquely rich resource base of the region and fully evolved modern human adaptation.”

But the excavations did not end with the discovery of the Toba shards. In fact, by digging deeper into the ground, the archeologists uncovered bones, artefacts and tools left by the ancient people who inhabited Africa.

Eric Fisher, of ASU, argued the discovery is evidence humans weathered the cataclysm without major impact on their lives.

The associate professor said: “These models tell us a lot about how people lived at the site and how their activities changed through time.

“What we found was that during and after the time of the Toba eruption, people lived at the site continuously, and there was no evidence that it impacted their daily lives.” 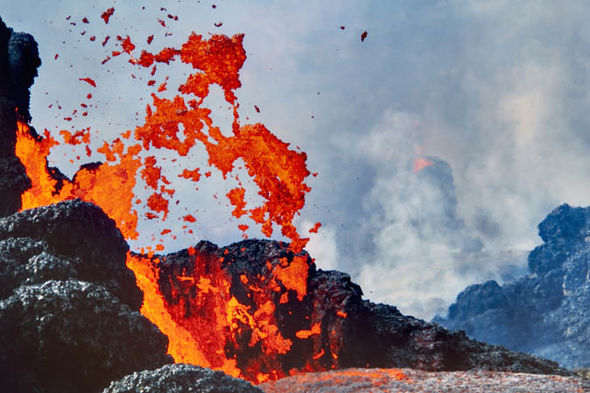 However the findings of the excavation are up for debate. A study published earlier this year questioned whether or not the Toba eruption had a major impact on global climates.

Scientists studying ash levels in Lake Malawi, East Africa, found evidence suggesting temperatures did not decline in the wake of the eruption.

Thomas Johnson, a retired paleoclimatologist at the University of Minnesota, argued the Toba cataclysm would not have affected Africa.

He said: “I personally lean toward the idea that Toba just didn’t have sufficient impact to have a significant impact on Homo sapiens in East Africa, period.

“The large majority of the information that keeps coming out keeps putting nails in the Toba coffin.”

Mysterious ‘Zone of Uncertainty’ Inside The Brain Reveals a Surprise : ScienceAlert
This Rembrandt Has Been Hiding a Surprising Secret For Centuries : ScienceAlert
Viagra Linked to Much Lower Risk of Death in Men, But Questions Remain : ScienceAlert
Major Blow as Experimental HIV Vaccine Fails in Late Clinical Trial : ScienceAlert
Bacteria Can Use Plastic Waste as a Food Source, Which Isn’t as Good as It Sounds : ScienceAlert