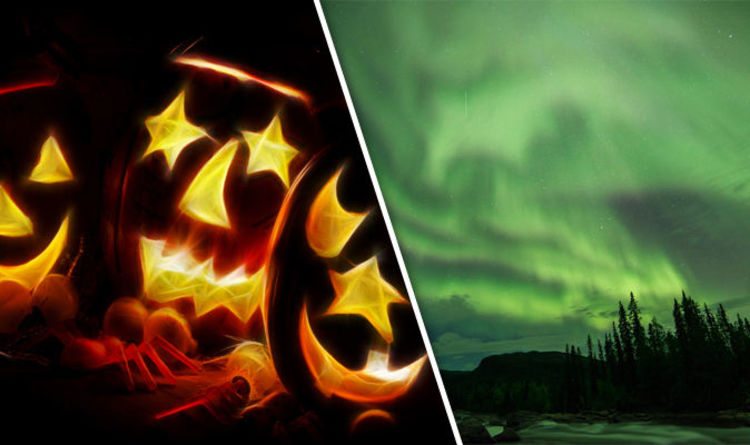 
Experts have noted that two coronal holes have opened in the surface of the sun’s atmosphere, which allowing solar winds to penetrate deep space.

Unfortunately for our planet, Earth is in direct line with two of these huge holes.

According to forecasting website Space Weather, the solar storms are set to hit Earth between October 31 and November 4.

This could mean eerie coloured skies on Halloween night for much of Northern Europe.

“One has turned to face Earth, and the other is not far behind.

“This means Halloween around the Arctic Circle could be illuminated by ghostly-green skies.”

However, the consequences of solar storms can be far more serious than the appearance of the Northern or Southern Lights.