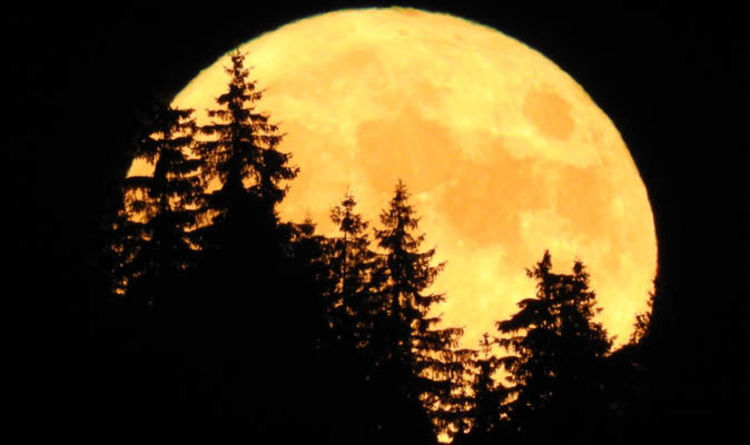 
The seventh full moon of the year, dubbed the Strawberry Moon, will rise next week on Thursday, June 28.

In the UK, stargazers can look for the June full moon from around 5.53am BST.

The full moon will reach its full phase at the same time around the globe but the time will vary between different time zones.

For large swathes of the US for instance, the full moon will appear in the final hours of Wednesday, June 27, so check your time zone ahead.

Stargazers are also in for a special treat because the Strawberry Moon comes straight off the back of the June 21 Summer Solstice and the June 27 Saturn Opposition.

Why is the June full moon called the Strawberry Moon?

The full moon’s unusual name derives from the strawberry picking season on the US eastern coast.

According to the Old Farmer’s Almanac, an American guide to nature, folklore and astronomy, the name is attributed to the Native American Algonquin tribes.

The Algonquin tribes would name the different phases of the moon to keep track of the seasons and the changes in the landscape around them.

The June full moon peaks just around the time wild strawberries are ripe for picking.

“Algonquin tribes knew this moon as the time to gather ripening strawberries.

“In places where strawberries aren’t native, this moon was also known as the Rose Moon and the Hot Moon.”

In other parts of the world the June full moon is also known as the Honey Moon or Mead Moon.

How many full moons are there this year?

There are a total of 13 full moon phases this year and astronomy enthusiasts can look forward to another seven moons before the year ends.

The first full moon of the current lunar cycle, the Wolf Moon, rose on January 31.

The Strawberry Moon was preceded by the May 29 Flower Moon and the July 27 Buck Moon will follow next month.

On December 22 the so-called Cold Moon will bring the 2018 lunar calendar to an end.

Here is a list of the all the named full moons this year: