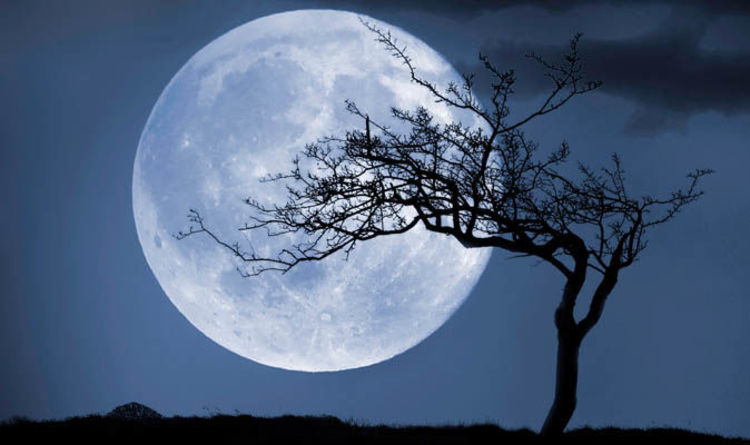 
Straight off the back of the breathtaking Full Moon lunar eclipse on July 27, the August Moon is currently in its waning gibbous phase.

As of Thursday, August 2, the Moon is only 19 days old and about 73 percent of its glowing face is illuminated by the Sun.

The Moon will continue to darken over the next nine days until August 11, when the so-called New Moon is born.

After this, the Moon will take another two weeks to regain visibility and reach its Full Moon phase.

Moon-gazers hoping to catch a glimpse of the lunar orb in full glory will have to look up at the night skies on Sunday, August 26.

On the night of the Full Moon, the Earth’s companion satellite will be 14 days old and fully illuminated.

Why is the August Full Moon called the Sturgeon Moon?

In ancient times it was common for people to keep track of the seasons and the resulting changes in nature by giving different names to the different phases of the Moon.

On average, there are 12 to 13 Full Moons on any given year and each has its own unique name.

For instance, the July Full Moon is known as the Buck Moon and the June Full Moon was the Strawberry Moon.

Next month astronomers will look forward to the so-called Full Corn Moon on the night of September 24.

Many of the names used are attributed to Native American tribes living in what is today the Eastern United States.

The Sturgeon Moon was named by certain tribes after the fish because they knew sturgeon were ripe for catching around this time.

Amy Nieskens, of the Old Farmer’s Almanac guide to nature, explained: “August’s Full Moon is known as the Sturgeon Moon because Native American tribes knew that the sturgeon in the Great Lakes and in Lake Champlain were most readily caught during the Full Moon.”

But there are other names which have been associated with the August Full Moon over the years.

Some tribes such as the San Ildefonso and San Juan in the Southwest US called it the Wheat Cut Moon.

The Dakotah Sioux knew the August Moon as the Moon When All Things Ripen and the Ojibwe called it the Blueberry Moon.

Elsewhere the Moon is sometimes known as the Full Green Corn Moon – notice how it precedes the ripe Full Corn Moon in September.

“They are the names that the Colonial Americans adopted most.

“Note that each full Moon name was applied to the entire lunar month in which it occurred.”

What are the other Full Moon names this year?

On the two occasions we had two Full Moons in one month, in January and March, the two Moons shared the same name.

One of The World’s Largest Organisms Is Disintegrating. Here’s How We Might Save It. : ScienceAlert
JWST’s First Glimpse of Mars Reveals The Red Planet in a New Light : ScienceAlert
A Stunning New 3D Model of The Cat’s Eye Nebula May Help Us Solve Its Mysteries : ScienceAlert
Termites Love Global Warming So Much That They May Make It Worse, Says Study : ScienceAlert
How Many Ants Live on Earth? Scientists Came Up With an Answer : ScienceAlert