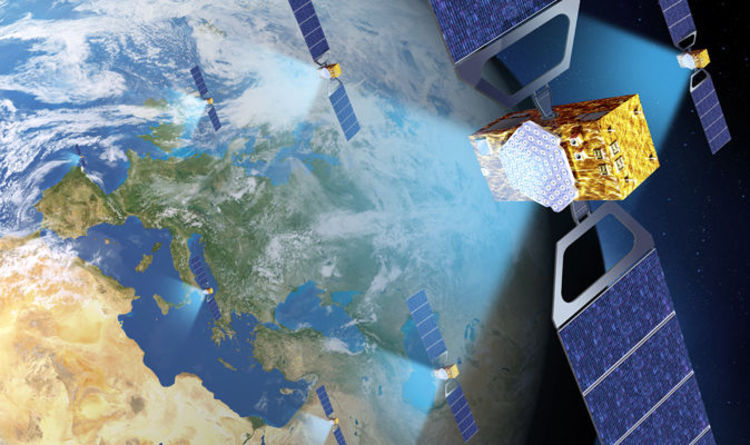 
Britain and the EU are still at loggerheads as to what the UK’s participation will be in the likes of Galileo following Brexit.

The UK believes it should still be involved due to the significant amount of funding – more than £1billion – and technology which the country has ploughed into Galileo.

EU bosses believe the UK should be banned as it would supposedly pose a security threat, according to bureaucrats in Brussels.

However, experts believe the EU is shooting itself in the foot by trying to force Britain out, saying it would significantly delay the Galileo satellite system – which was created to rival the US’ GPS systems – and the Copernicus satellite – an Earth observation project.

A host of British companies have been majorly involved in both projects, including Surrey Satellite Technology, CGI UK and Qinetiq.

Ultimately, Galileo would be worse for the EU if it lost Britain’s expertise, say experts.

Alexandra Stickings, a research analyst within the National Security and Resilience Studies group at the Royal United Services Institute (RUSI), said: “While regulations and agreements may bar the UK from future involvement in the Galileo programme after the UK leaves the EU, the EU would be equally worse off.

“Both programmes will be affected by the EU’s Space Industrial Policy, which insists that work on EU-funded space programmes should only be carried out, where possible, in EU member states.

“As UK companies have been heavily involved in both programmes to date, the EU could see the completion of its two major satellite programmes delayed if it insists on a strict application of the industrial policy and seeks to find alternatives to UK involvement after Brexit next year.”

UK politicians have become equally dismayed at the EU’s seemingly petulant act which will see them lose billions worth of investment expertise if Britain gets the boot.

“The EU’s decision to cut off the Galileo Project’s access to this vast pool of British expertise is perverse, short sighted and an act of self-harm.

“It threatens to cause delays and push up the cost for the remaining partners. For these reasons, and for the sake of European security, I urge the EU to think again.”