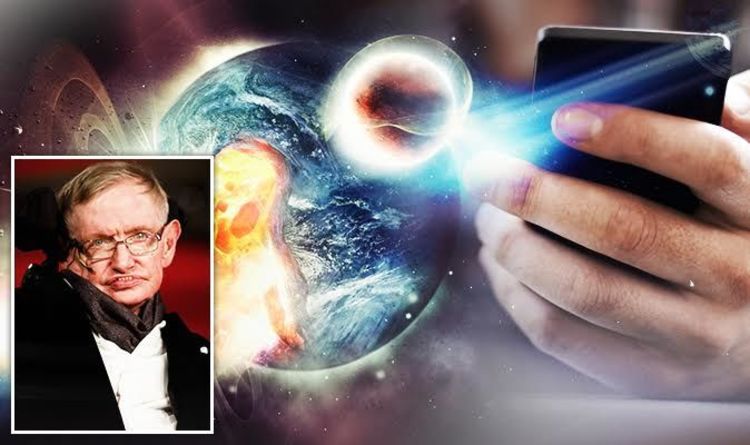 
Fear and paranoia has been sparked among many amid claims this could be a clue to what happened to MH370, the truth about aliens and the date of the end of the world.

The code is said to be in the NATO phonetic alphabet and has been translated as: “S Danger SOS it is dire for you to evacuate be caution they are not human 042933964230 SOS Danger SOS.”

Others have since received a longer version of the message.

The extended version says: “This is not a test, this is not a joke. Over the past several years we have been wanting to send an automated voice message to people who understand and are not afraid.

“One message at a time will make many know the truth. The truth that other biological beings have been walking the supreme creation that sustains life. Earth.

“But as chaos comes to your planet we must show ourselves to prove that there are different ways to keep peace. Many do not agree with what we say, so they may hunt us down.

“We will make ourselves known to the best of our utmost capabilities. Clear your air space for safe consequences.”

On March 13, he posted the recording, asking for help to translate it.

His post received more than seven million and he gained more than 40,000 extra followers.

A few days before he posted the message, he tweeted that a strange man drove past his home at 3am and photographed it with a flash.

He thinks the creepy events are connected.

Many others came forward to say they received the message or the longer one.

The message sparked a flurry of conspiracy theories about what was being warned.

Some would-be code crackers said the code came up with coordinates which, produced on Google locations in Africa and near Malaysia.

Many speculated the latter was near where Malaysian Airlines flight MH370 vanished from radar.

Some users cracked the code with a strange message about late scientist Stephen Hawking.

This allegedly said: “They are taking over.

“The message received is well related to Stephen Hawking’s death, you are not ready to face them.”

Many have said the numerical sequences give April 18 this year as the of day of reckoning, rapture, or “alien take over”.

JWST Has Found Life’s Elemental Building Blocks in The Depths of Darkest Space : ScienceAlert
Dogs Can Be Aggressive For Lots of Reasons, And One of Them Is You : ScienceAlert
Bacteria Can Use Plastic Waste as a Food Source, Which Isn’t as Good as It Sounds : ScienceAlert
Study of 500,000 Medical Records Links Viruses to Alzheimer’s Again And Again : ScienceAlert
People Who Don’t Exist Look More Real Than Actual People, Study Finds : ScienceAlert