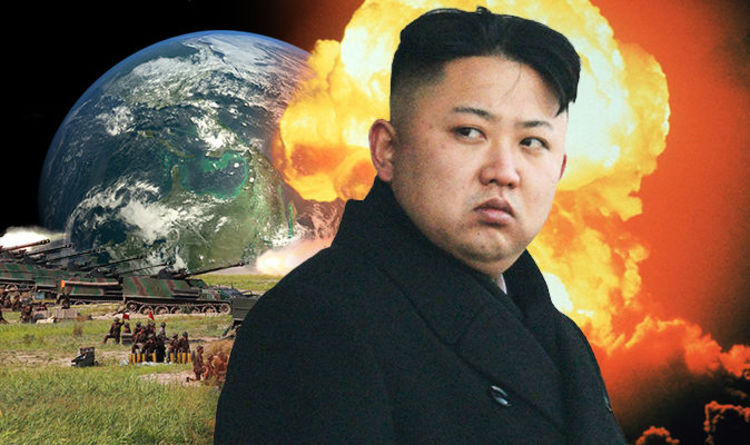 
Fundamentalist Christians believe there will be a Rapture and seven years of Tribulation with apocalyptical conditions on Earth when the Antichrist rises before the Second Coming of Christ and true believers are saved by God.

Mr Meade is among them and has spent 20 years trying to unlock hidden messages about our future in verses from the Bible.

He claims the “unfolding” chain of events began with a sign in the heavens during the August 21 total solar eclipse.

Writing on conspiracy theory website PlanetXnews.com, Mr Meade said: “I am the best natural code breaker you’ll find on the topic of Biblical eschatology, which I’ve studied for 20 years.

“What I’m revealing here people have searched for over a period of centuries. “My book The End of Days tells the entire story. It is midnight and this is the Midnight Cry.

“By early April of 2018, the disappearance of the Church (all true Christians worldwide also known as the Rapture) will occur.

“This will be followed quickly by the rise of the Antichrist, the appearance of Planet X and World War III.”

Planet X or Nibiru is a mythical mini star system that believers claim orbits our sun every 3,600 years.

The theory claims when it passes our planet its gravitational force cause huge volcanoes, tidal waves and a polar shift.

“This is beyond any shadow of a doubt.

Mr Meade claims US President Donald Trump’s recognition of Jerusalem as the capital of Israel was part of the process.

He said: “If Donald Trump’s historic announcement of Jerusalem as the capital on December 7th was a time marker, I would consider it a 120-day countdown to early April of 2018 as an outside timeline.”

“As of March 2018 they have nuclear ICBM capability, according to Mike Pompeo, Director of the CIA.

“This is the end of the long count. Russia will be drawn into this war on US soil.

“The horsemen of the Apocalypse–America, Russia, North Korea and China–will all meet head-on. Time as we know it is over.

“The Great Tribulation begins after a short period of peace. It is time to meet God. Prepare and be ready.

“North Korea ascends to become a world-class superpower in March of 2018.

“This is the generation that cannot pass before Jesus returns to rescue the Church before the Tribulation.”

However, fortunately for us, Mr Meade has been predicting end of the world dates for years, and so far none of them have been right.

This Artificial Synapse Can Run a Million Times Faster Than Ones in The Human Brain : ScienceAlert
An Experimental Surgical Robot Is Headed to The International Space Station
Astronomers Charted The Sun’s Life, And This Is How The Story Ends : ScienceAlert
Robot Shows It’s Possible to Swim Through The Emptiness of a Curved Universe : ScienceAlert
Record-Breaking Experiment Could Solve a Huge Challenge in Quantum Computing