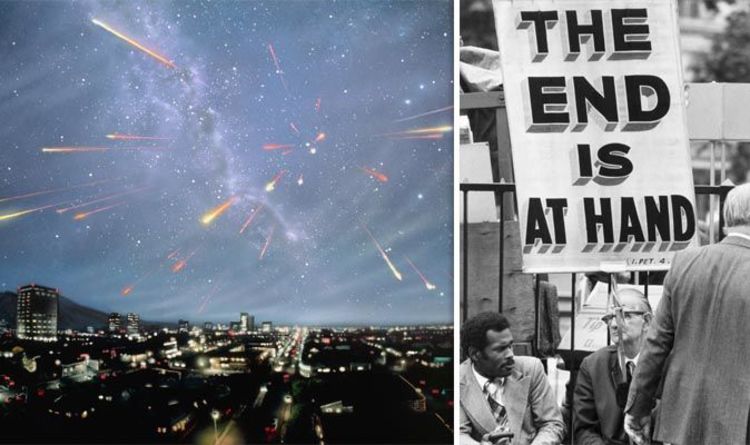 
The Draconids meteor shower recently lit up the skies and an increased number of shooting stars were seen when the phenomenon ran from October 10 to 16.

The annual meteor shower is usually one of the fainter of the meteor showers, but this year stood out as hundreds of shooting stars an hour reigned down as opposed to the usual 10-15.

According to some sectors of Christianity “this year was exceptional because God has been telling a story”.

Christian website Unsealed pointed to the passage Luke 21:25 which states God will light up the skies before his return.

The passage reads: “There will be signs in the sun and moon and stars, and on the earth dismay among the nations, bewildered by the roaring of the sea and the surging of the waves.”

In a bizarre post, Unsealed writes: “In my estimation, the greatest sign in the heavens that the LORD has ever given to the inhabitants of the earth has now completed or is near its conclusion.

“Jesus predicted such things would happen before He returned and He wasn’t being facetious.”

The website goes on to state that Jesus is nearing his return and the “exceptional” meteor shower proves this.

Unsealed states: “The heavenly signs preceding the Day of the LORD have reached or are nearing their very end. What follows is the actual fulfilment of what these signs represent: the rapture of the Church into Heaven, the casting out of satan and his angels, and the onset of the Day of the LORD.

“Will there be a gap between the end of these signs and the actual prophetic fulfillments of what they represent?

“No one knows the day or hour, but I pray that we will all in unison obey the words of Our LORD Jesus Christ.”

It concludes by pointing to another Bible passage, Luke 21:28, which reads: “When these things begin to take place, stand up and lift up your heads, because your redemption is drawing near.”