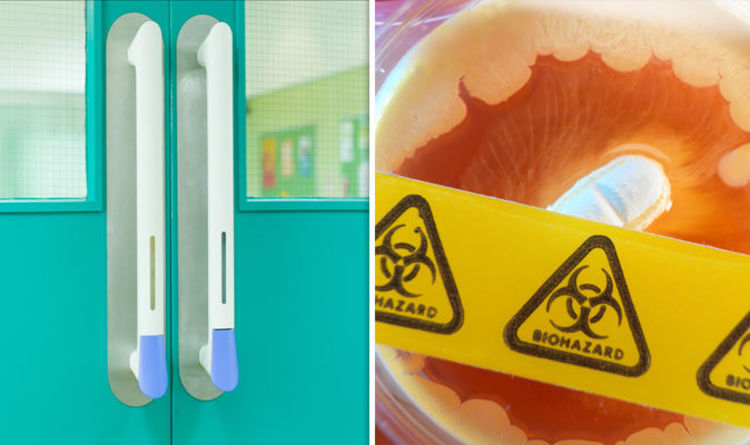 
Developed by former Oxford University students, the product known as ‘PullClean’ – which has just been launched in the UK – doubles as a door handle and a hand sanitiser.

It is being heralded as a ‘smart handle’, which also acts as a monitor that provides feedback on how clean a person’s hands are.

The device will be used in places where diseases are prominent, such as hospitals, care homes, schools and universities.

According to Dr Jake McKnight, co-inventor of the device and General Manager at Altitude Medical UK: “Our device offers a completely new way to clean hands.

“We wanted to make it so easy for people to sanitise their hands, that it is almost subconscious. It’s a small step to press a button when you’re already holding the handle anyway.

“The irony is that handles are usually a big transmitter of bugs but PullClean can help stop them in their tracks and drive down unnecessary, expensive and harmful infections.”

Antibiotic resistant superbugs are on the rise and have become a massive cause for concern for health professionals.

Such is the worry around antibiotic superbugs that experts believe that they will claim 10 million lives by 2050, with 700,000 people dying a year after catching the infections, according to a recent report from the Healthcare Infection Society.

Humans, especially in the West, have become so reliant on antibiotics to help cure illnesses that many of the bacteria that they are trying to fight have become resistant to them through evolution.