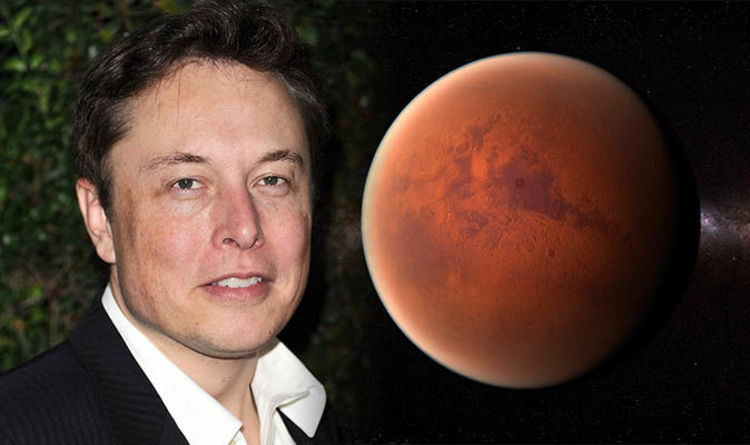 He told Express.co.uk: “Elon is pushing it. He is very showy but he’s also brilliant. Hugely brilliant.

“As far as one guy shifting the public sense of normal, it is hard to choose anybody in the world who is doing more than he is.

“But I think it’s natural. Pushing the boundaries is in the purview of government agencies, but he will open up opportunities for the private ventures.

“Access to going around the world is becoming much, much easier. It’s still hard, it’s still dangerous, but getting close to being something people can take for rides.”

The astronaut said Mr Musk’s work with SpaceX, particularly with the Falcon 9 reusable rocket, went from being “crazy”, to actually doing it and leaving “everyone behind in his dust”.

Similarly, Jeff Bezos of Blue Origin and Sir Richard Branson are “reinventing launch” and making it simpler and cheaper.

During a keynote opening speech at the tech event today, Mr Hadfield said the dangers of launching rockets is still the single greatest risk of space travel.

He said astronauts have to wilfully strap themselves to 200-ft-long (60m) tubes of explosive chemicals just to break free of the Earth’s atmosphere.

Once these giant rockets go off, there is no stopping them until they detach from the main spacecraft.

This is why it is up to NASA, Mr Musk and other leaders in the private sector to develop the technology needed for faster, safer and more efficient space travel.

This, he said, throws a spanner in the works for anyone hoping to reach Mars in the next few years.

Mr Musk himself has vowed on a number of occasions to launch his BFR rocket – currently in development – towards the Red Planet.

Earlier last month, the entrepreneur tweeted Martian colonies could become a reality by the year 2028.

But the physical requirements of getting to Mars and back mean achieving this dream is just beyond the scope of our reach.

“John Young, who was one of the great astronauts of all time said: ‘Mars is further away than most people think’.

“I thought it sounds silly but it’s true.”

The astronaut stressed the technology is still not there and whatever method of transport we do devise in the near future, the journey will be fraught with problems in every single little detail.