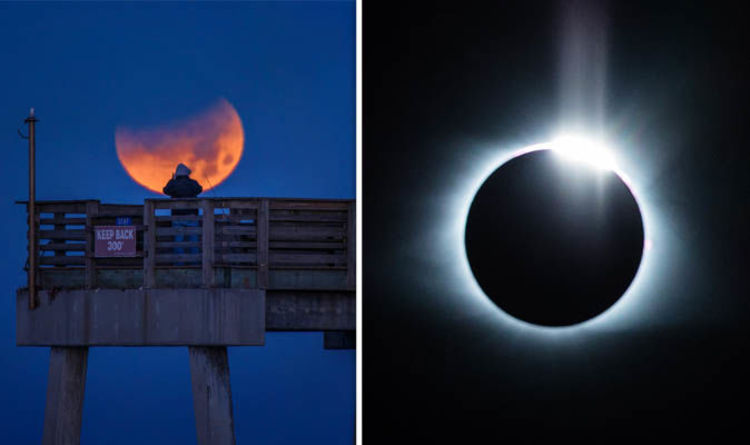 Last month’s full Moon turned a striking red colour on the night of Friday, July 27, when it passed through the centre of Earth’s shadow.

The astronomical event typically graces the night skies only once or twice a year, and on rare occasion does not occur at all.

The July eclipse came hot on the heels of the January 31 Super Blue Blood Moon and the good news is another one is brewing on the horizon.

Astronomers at NASA’s Goddard Space Flight Center estimate the Moon, the Earth and the Sun will once again align on the night of January 21, 2019.

This means the Moon will glow red once again in less than six months.

But there is another eclipse stargazers can look forward to – a partial eclipse of the Sun on August 11.

So what is the difference between Solar and lunar eclipses?

A lunar eclipse occurs when the Moon entered the Earth’s shadow, or umbra, cast by the Sun’s rays directly behind Earth. 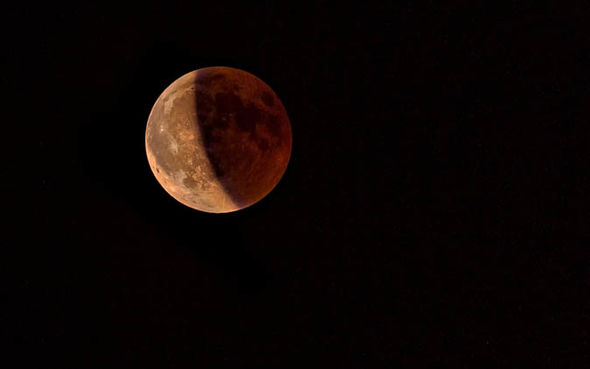 This stellar alignment does not happen all that often because the Moon’s orbit round the Earth is tilted by about five degrees in relation to the journey the Earth makes around the Sun.

On any given day, the Moon is either above or below the orbital plane of our home planet.

But every six months or so, the stellar planes align enough for the Moon to briefly pass through the Umbra.

When this happens, refracted sunlight in the Earth’s dusty atmosphere paints the Moon an ominous red hue for up to one hour and 47 minutes, until the Moon leaves the shadow.

NASA explained: “A total lunar eclipse occurs when the moon and the sun are on exact opposite sides of Earth.

“Although the moon is in Earth’s shadow, some sunlight reaches the moon.

A partial lunar eclipse occurs when only part of the Moon enters the shadow and at least two of these happen each year.

The opposite of this happens during a solar eclipse when the Moon passes in front of the sun enough to block the star’s warm rays. 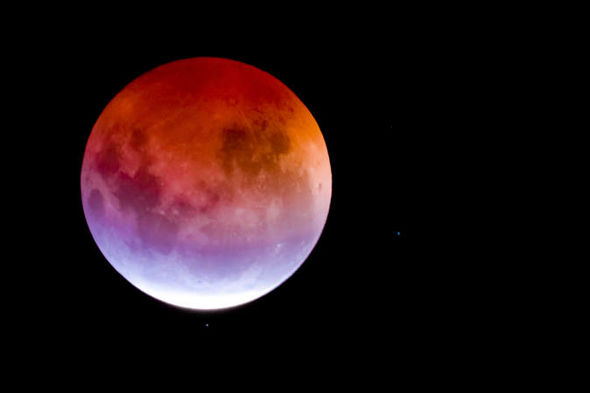 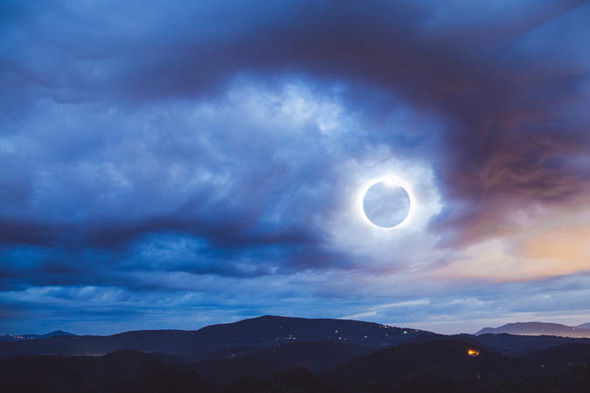 Eclipse 2018: Solar eclipses take place when the Moon passes in front of the Sun (Image: GETTY)

Due to an amazing cosmic coincidence, the Sun and the Moon appear to be roughly the same size when seen from Earth.

So when the Moon briefly passes in front of the Sun, the glowing orb is entirely blocked out from sight, leaving nothing but a glowing corona of light around the edges of the Moon.

Total solar eclipses only last a few minutes at a time and are very limited in where they appear over Earth.

But a solar eclipse is particularly breathtaking due to the way the skies appear to turn dark at the drop of the hat in broad daylight. 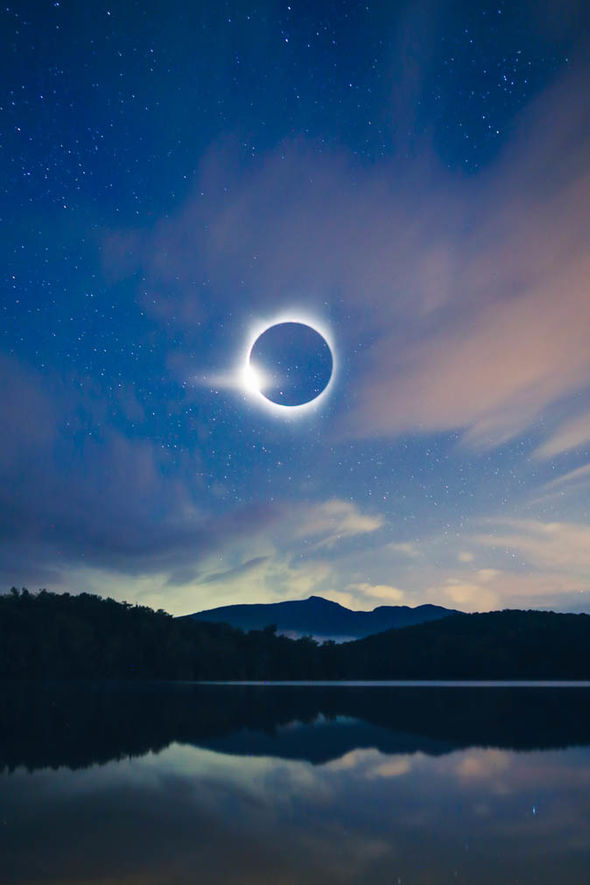 Eclipse 2018: A total lunar eclipse only occurs for a few minutes at a time (Image: GETTY)

Partial solar eclipses occur when a small fragment of the Sun disappears behind the Moon and annular eclipses happen when the entire Moon moves in front of the Sun but is far enough from the Earth to still see the glowing disk of the Sun behind it.

The next partial solar eclipse will take a bite out of the face of the Sun in the morning hours on Saturday, August 11.

The next total lunar eclipse will take place on July 2, 2019, over the South Pacific and South America.

Early Puberty in Girls Surged in The Pandemic, And We May Finally Know Why : ScienceAlert
One of The World’s Largest Organisms Is Disintegrating. Here’s How We Might Save It. : ScienceAlert
The Real Reason For Using Flight Mode Is Not What You Think : ScienceAlert
A Robot on Mars Detected The Tremors of Meteorites Hitting The Red Planet : ScienceAlert
Wolves Really Can Become Attached to Humans Like Dogs Can, Adorable Study Finds : ScienceAlert