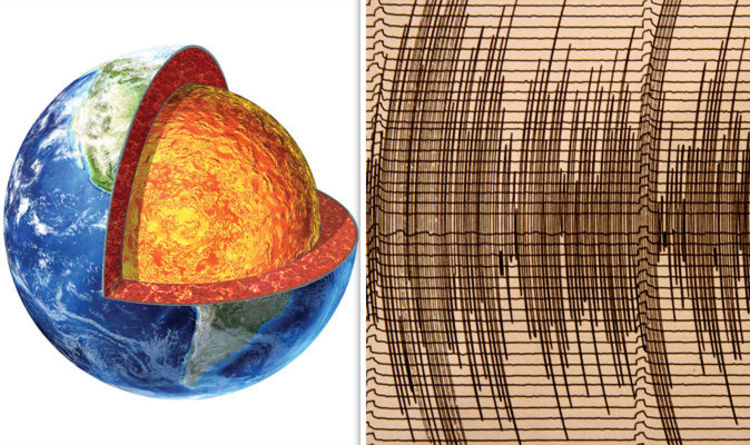 
Beneath Tibet, the mantle – the thick layer beneath the Earth’s surface – has cracked into four pieces, and scientists have said it is directly linked to earthquakes.

Now, experts have used a variety of seismic readings and other geological data to identify huge rips in the mantle which has left it shattered into four regions beneath Tibet – an area known for its seismic activity which is evident by how hilly and mountainous it is.

This means that heat from the core of the planet reaches the mantle and crust, making it more malleable and susceptible to earthquakes and the formation of mountains.

The Tibetan Plateau, where many of the quakes take place, occupies an area of around 1,000 by 2,500 kilometres and the average elevation is more than 4,500 metres, making it the highest plateau in the world.

University of Illinois at Urbana–Champaign researcher Xiaodong Song said: “The presence of these tears helps give a unified explanation as to why mantle-deep earthquakes occur in some parts of southern and central Tibet and not others.”

More importantly however, the results could lead to many lives being saved in the future as an earthquake preparation guide can be drawn up.

Team member Jiangtao Li added: “What were previously thought of as unusual locations for some of the intercontinental earthquakes in the southern Tibetan Plateau seem to make more sense now after looking at this model.

“There is a striking correlation with the location of the earthquakes and the orientation of the fragmented Indian upper mantle.”

Song continued: “Our new research suggests that we need to take a deeper view to understand the Himalayan-Tibetan continental deformation and evolution.

Termites Love Global Warming So Much That They May Make It Worse, Says Study : ScienceAlert
Shimmering ‘Lakes’ Under The South Pole of Mars Might Be Something Else Entirely : ScienceAlert
Watch a Tiny Robot Blob Transform Into Even Tinier Bits to Squeeze Through Cracks : ScienceAlert
Behold, The Epic Last Images Taken by NASA’s Asteroid Redirection Test Spacecraft : ScienceAlert
Amazing New Fossils Provide Earliest Known Traces of The Evolution of Our Jaws And Limbs : ScienceAlert