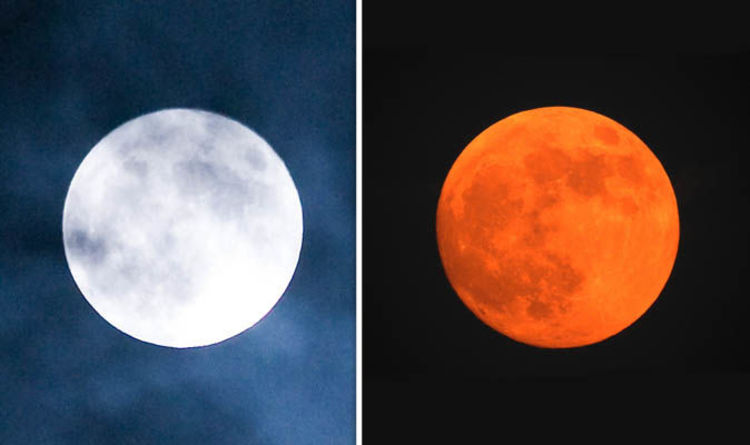 The Blood Moon lunar eclipse will peak over the horizon on Friday, July 27.

During the lunar eclipse, the full moon will briefly disappear from sight and reappear glowing a deep red or orange hue.

The lunar eclipse’s path of totality is expected to pass over Central Asia, Africa, Europe and parts of South America and the South Pacific.

The Blood Moon eclipse will last about one hour and 43 minutes, making it the single longest lunar eclipse of the century.

By comparison, the January Super Blue Blood Moon eclipse six months ago, only lasted one hour and 16 minutes.

What is a total lunar eclipse?

The Moon’s elliptic orbit carries the natural satellite through Earth’s shadow cast by the Sun.

Throughout the month the Moon moves deeper towards the centre of the shadow and then out and away from it, creating the various phases of the Moon.

During a Full Moon, the Moon is fully illuminated by the Sun and completely out of the Earth’s shadow.

A new moon then occurs when the glowing orb completely moves into the shadow and disappears from sight.

Eclipse 2018: The Blood Moon eclipse will appear on the night of Friday, July 27

But about twice a year something unusual happens and the moon passes through the centre of Earth’s shadow, the umbra, in just one night, creating a total lunar eclipse.


Like clockwork, the Full Moon appears in our sky – a sight so familiar we often take it for granted

NASA’s Goddard Space Flight Center explained: “Like clockwork, the Full Moon appears in our sky – a sight so familiar we often take it for granted.

“But about twice a year over the course of a few hours, the Moon sports a decidedly different look. What causes this sudden change?

“But the Moon circles the Sun every month as it cycles through its phases, lining up both at Full Moon and New Moon.”

Because the Moon’s orbit around the Earth is slightly titled in relation to planet’s journey around the Sun, the two stellar bodies rarely shadow each other.

When this happens, the Moon is just in the right position to disappear in the Earth’s shadow – a lunar eclipse. 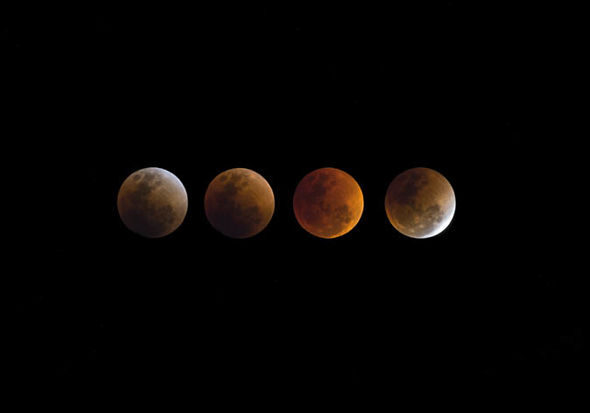 Eclipse 2018: The July full moon will pass through the Earth’s shadow

So why exactly do astronomers refer to an eclipsed moon as the Blood Moon if it disappears in the Earth’s shadow?

The somewhat ominous name comes down to the scattering of light in the atmosphere known as Rayleigh scattering.

NASA said: “As the Moon passes into the central part of the shadow, called the umbra, it darkens dramatically.

“Once it’s entirely within the umbra, the Moon appears a dim red due to sunlight scattered through the Earth’s atmosphere. 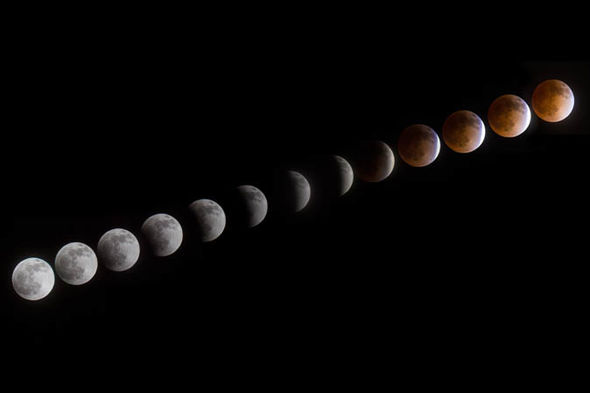 Eclipse 2018: The Blood Moon changes colour thanks to scattered sunlight in the atmosphere

“In fact, if you watch the eclipse from the surface of the Moon, you’d see the Sun set behind the entire Earth, bathing you in a warm red glow.”

Rayleigh scattering is the exact same effect which paints the skies orange during sunsets and even gives blue eyes their colour.

Once the total phase of the eclipse ends and the Moon passes into to the partial and penumbral eclipse phase, the Moon will start to return to normal.

As soon as the Moon leaves the Earth’s shadow completely it will look like a regular, white full moon.

A Stunning New 3D Model of The Cat’s Eye Nebula May Help Us Solve Its Mysteries : ScienceAlert
This Is How Much Fossil Fuel The World Is Sitting on, And It’s a Time Bomb : ScienceAlert
Experiment Reveals What 1 Hour in Nature Does to The Human Brain : ScienceAlert
Scientists Don’t Know What to Do With This Weird ‘Blue Goo’ Ocean Organism : ScienceAlert
Early Puberty in Girls Surged in The Pandemic, And We May Finally Know Why : ScienceAlert