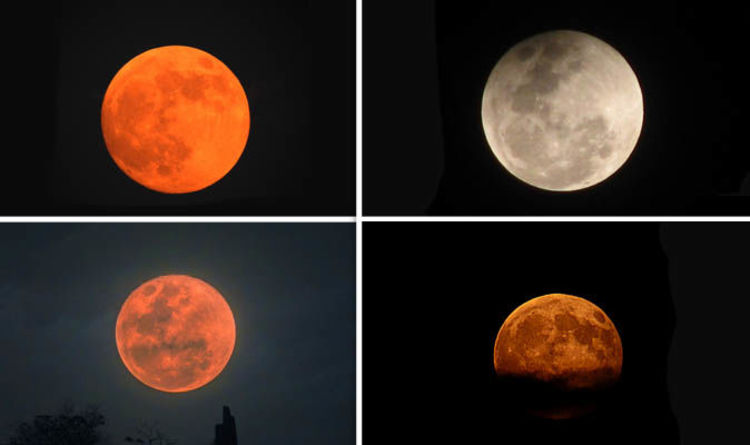 
The Blood Moon will peak over the UK horizon this week on Friday, July 27.

The eclipse will be visible throughout the entire country but the initial stages of the eclipse will start below the horizon, meaning the UK will miss the point of eclipse.

The Blood Moon’s path of totality falls over parts of Central Asia and Eastern Africa so Europe, South America and West Africa will only see the reddened moon at moonrise or moonset.

In the UK, this means the Blood Moon will appear already eclipsed in the Earth’s shadow at moonrise.

What time is the Blood Moon lunar eclipse in the UK?

The Blood Moon will undergo a number of different phases throughout the eclipse, all of which will start at the same time in the nightside of Earth.

But because of the planet’s curvature, different nations will experience the lunar spectacle at different times.

The eclipse is divided into the following states and times for London in Universal Time and British Summer Time:

The first three stages of the eclipse will not be visible for the majority of the country and some northernmost parts of Scotland will not see the moon until maximum eclipse.

In London, the eclipsed moon will appear at moonrise sometime around 8.50pm BST for example.

But in Glasgow, the moon will not be visible in the sky until around 9.06pm BST when the moon is halfway through the eclipse already.

The additional partial and penumbral eclipsing will bring the entire spectacle up to about three hours and 55 minutes in total.

Astronomers at Royal Observatory Greenwich explained the moon can be darkened for up to five hours at most doing a lunar eclipse, because the Earth is four times the size of the moon.

The Observatory said: “Lunar eclipses can be seen between two and five times every year – from somewhere on Earth’s surface.

“Total lunar eclipses are much rarer from one particular location.”

Because the Earth, sun and the moon all move at different speeds around the celestial planes, both solar and lunar eclipses show up at various times across locations.

Eclipse calculators like the one provided by Time and Date will help you figure out when and where the moon will appear at night depending on your location.

Additionally, NASA’s Goddard Space Flight Center eclipse website provides a comprehensive breakdown of every single lunar and solar eclipse up until 2050 and 2100 respectively

You can find NASA’s eclipse guide, which includes times and maps, by clicking here.

When is the next lunar eclipse over the UK?

Astronomers will have to stay put for a little while because the next total lunar eclipse will appear over the UK on January 21, 2019.

Another minor penumbral lunar eclipse will be seen on January 10, 2020.

Behold, The Epic Last Images Taken by NASA’s Asteroid Redirection Test Spacecraft : ScienceAlert
We Just Got Our Closest View of Europa in 20 Years, And We Can’t Stop Staring : ScienceAlert
Amazing New Fossils Provide Earliest Known Traces of The Evolution of Our Jaws And Limbs : ScienceAlert
A Rare Condition Makes Hair Truly Untamable, All Thanks to These Genes : ScienceAlert
Bitcoin’s Climate Impact Is Bigger Than Beef Farming – And It’s Only Getting Worse : ScienceAlert