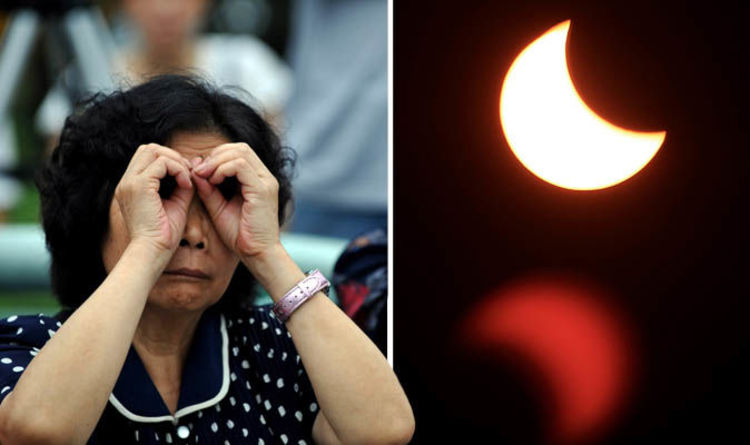 The partial eclipse of the Sun is the third eclipse event to grace the skies this summer and the fifth and final of the year.

Earlier this year, a lucky few stargazers may have also spotted a partial eclipse of the Sun in the afternoon hours of February 15.

And astronomers around the globe will remember the historic Super Blue Blood Moon lunar eclipse on the night of January 31 – the first such eclipse since 2015.

The next Super Blue Blood Moon combo will not occur until January 31, 2037, but in the meantime you can look to the skies this weekend.

The August eclipse will be exclusive to the Northern Hemisphere on Saturday when it kicks off from around 8.02am Universal Time over the North Atlantic.

Visibility from Europe will limited to areas just below the Arctic Circle in the far north.

This includes parts of Scandinavia, Russia and Iceland and perhaps the most extreme north of Scotland.

Eclipse 2018: The Saturday partial eclipse is the final eclipse of the year (Image: GETTY)

Depending on your location, you could see anywhere between five to 50 percent of the Sun disappear behind the Moon tomorrow.

Iceland’s astronomy website Stjórnufræðivefurinn claims the eclipse will be visible between 8.10am and 9.26am UT.

Viewers in the Icelandic Westman Islands, to the south of mainland Iceland, will see about nine percent coverage and viewers in Ísafjörður will see about 14 percent of eclipse coverage.

The partial eclipse is expected to peak, or reach its midway point, by 9.46am UT tomorrow.

In the Swedish town of Kiruna, located within the Arctic Circle, observers could see up to 25 percent of coverage.

Jay Pasachoff, an astronomy professor at Williams College in Massachusetts, told Forbes: “It is a location with relatively large occultation at 25 percent compared with the 10 percent we had in Tasmania last month, or the 16 percent or so we had in Buenos Aires in February.”

The eclipsed Sun will be best seen from the remote Norwegian island of Svalbard, the icy fields of Greenland and most of northern Russia.

As the Sun and the Moon fly together across the sky, the eclipse will head north and east over the top of the planet. 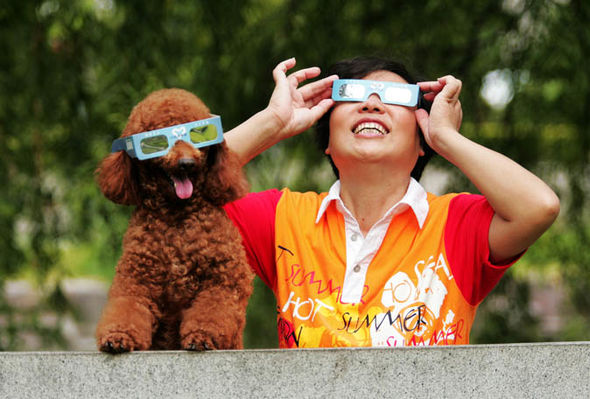 Eclipse 2018: The partial eclipse will be visible from China, Mongolia and South and North Korea (Image: GETTY)

When the eclipse appears over the North Pole, about 65 percent of the Sun could be obscured by the lunar disc.


The July 2, 2019, total solar eclipse will be visible along a narrow path

The eclipse will then move down over Central and Eastern Asia, appearing in Mongolia, China and South and North Korea.

The August eclipse will wrap up tomorrow by 11.30am UT or just about three hours and 30 minutes after it started.

Stargazers will then have to wait until January 6, 2019, for the next partial solar eclipse. 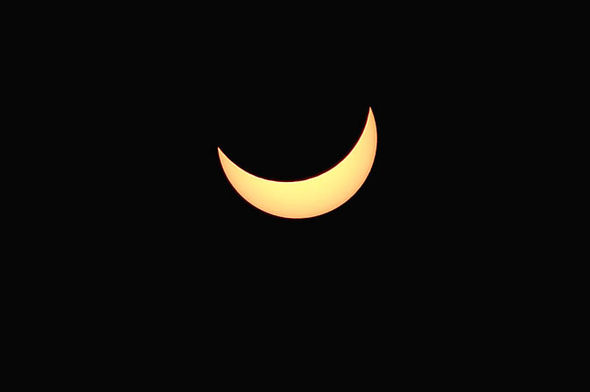 A much more spectacular total solar eclipse will appear soon after on July 2, 2019.

The Sun’s path of totality will fall over the South Pacific and central parts of South America.

Astronomer Eleanor Imster said: “The July 2, 2019, total solar eclipse will be visible along a narrow path cutting across the South Pacific, Chile and Argentina.

“A wider region in the South Pacific and in South America, including locations in Ecuador, Brazil, Uruguay and Paraguay will see a partial solar eclipse, if the weather permits.”

One of The World’s Largest Organisms Is Disintegrating. Here’s How We Might Save It. : ScienceAlert
Wolves Really Can Become Attached to Humans Like Dogs Can, Adorable Study Finds : ScienceAlert
There’s Trouble Bubbling Up in Newly Formed Alaskan Lakes, And Scientists Are Worried : ScienceAlert
This Is How Much Fossil Fuel The World Is Sitting on, And It’s a Time Bomb : ScienceAlert
Why House Fly Barf Is an Overlooked Potential Vector of Disease : ScienceAlert