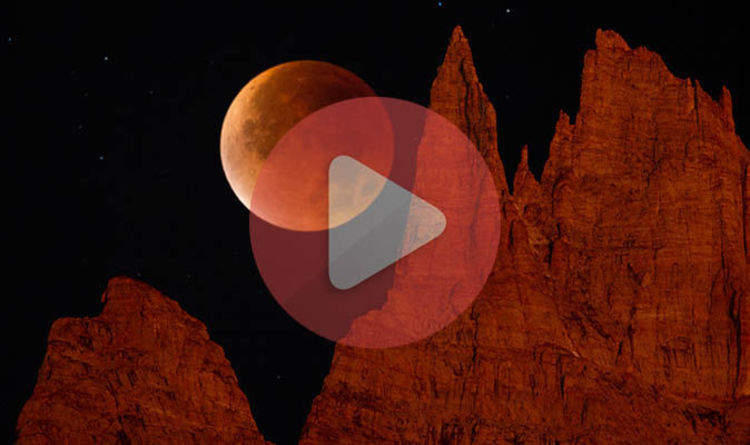 
How to watch the lunar eclipse 2018 live stream

NASA TV will be broadcasting the spectacular lunar eclipse online from 10.30am GMT (5.30am ET) on Wednesday, January 31.

The embedded video above will have telescopic footage from a number of NASA vantage points, including Armstrong Flight Research Center in Edwards, California, Griffith Observatory in Los Angeles, and the University of Arizona’s Mt Lemmon SkyCenter Observatory.

Alternatively, Robotic telescope service Slooh will also be livecasting the spectacle from 10.45am GMT tomorrow morning (5.45am ET).

The broadcast will include commentary and analysis from a number of experts and is due to run for more than five hours.

Wednesday’s eclipse is particularly special because it combines three separate lunar phenomenons – a supermoon, a blue moon and a blood moon.

Viewers will watch as a blue moon – the second full moon in a calendar month – moves deep into the Earth’s umbral shadow.

NASA has confirmed that the moon will whizz 223,068 miles from Earth, rather than the usual 238,855 miles, causing it to appear up to 14 percent bigger and 30 percent brighter in the night sky.

As the moon ducks behind the Earth it will glow in a beautiful reddish hue due to a quirk of our planet’s atmosphere.

This week’s eclipse promises to produce a “vibrant and ruddy hue”, according to Slooh.

The super blue blood moon will mark the first of its kind to be visible in the United States since 1866, though other parts of the world were treated to a blue moon eclipse back in December 1982.

Read more: WHAT TIME IS THE SUPER BLUE BLOOD MOON IN THE US?