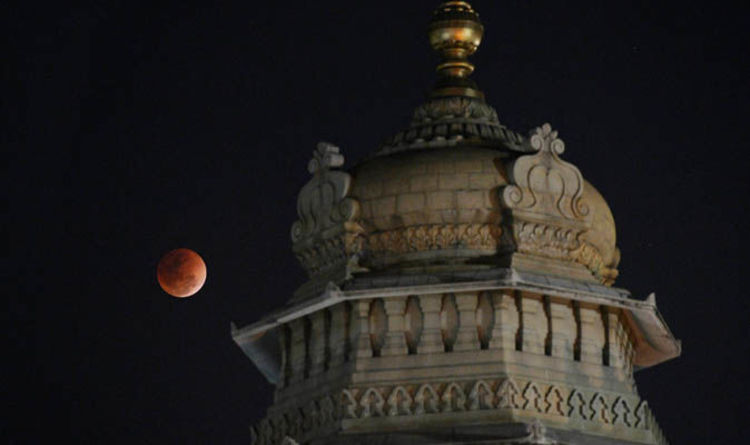 
The combination of the rising moons – a supermoon, a blue moon and a blood moon – created the spectacle of an apocalyptic, reddish moon which hung gracefully over the Earth last night.

Australia, Asia, North America, Alaska and Hawaii witnessed the full scale of the Blood Moon, reaching totality at 7.52am EST (12.52pm GMT) and lasted for one hour and 16 minutes.

The lunar eclipse began its partial eclipse – when the moon begins to adopt the Blood Moon’s red tint – over Kolkata, eastern India, at 5.18am local time (11.58pm GMT).

Scroll below for the next time India will experience another lunar eclipse.

When is the next lunar eclipse in India?

India is set to witness another total lunar eclipse on July 27 to 28 when the entire southern Asian country will be among the Earth’s countries to receive the best viewing.

The lunar eclipse will appear over the whole of India and is expected to last six hours and 14 minutes.

When will the next supermoon hang over the Earth?

Because of its relatively close proximity to the Earth, the celestial body’s surface appears a lot bigger when a supermoon occurs.

The December supermoon is traditionally known as a Full Cold Moon in the northern hemisphere because it takes place at the start of winter.