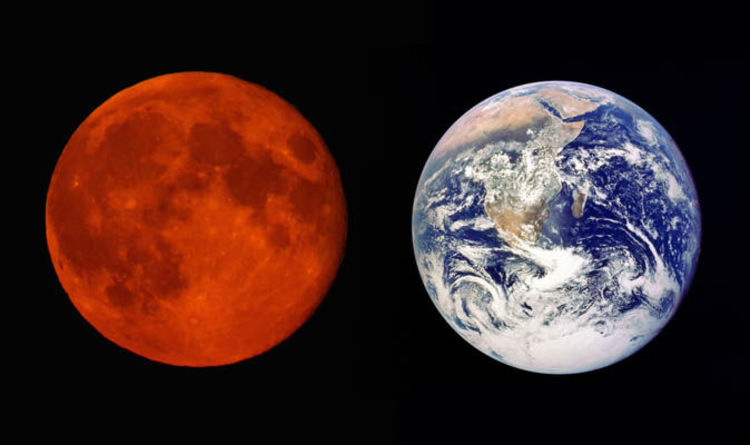 
Eclipse enthusiasts around the globe are excited to know the Blood Moon lunar eclipse will take place next month on the night of July 27.

And the good news is the Blood Moon eclipse will completely outshine every other lunar eclipse for the next 82 years.

The eclipse is so special because it will be the longest Blood Moon of the century, clocking in at one hour and 43 minutes.

During the eclipse, the moon will dive into Earth’s shadow and take on a deep red hue thanks to sunlight scattered in Earth’s atmosphere, which has earned it the Blood Moon monicker.

How to watch the Blood Moon Eclipse 2018 in the USA

The total lunar eclipse is expected to begin about 3.30pm EDT and last until about 5.13pm EDT.

The Blood Moon will be also partially eclipsed for about an hour just before and after the main event takes place, meaning it will last about four hours from start to finish.

But the bad news is the eclipse will not be visible from the United States and Northern America this year.

The only hope left for stargazers is to seek out online broadcasts of the lunar eclipse on the night.

Space agency NASA also chimed in with its own live broadcast of the event on NASA TV and could do a repeat on July 27.

You can also follow Express.co.uk on the night of the Blood Moon eclipse for the latest eclipse stories and Blood Moon live streams.

How to watch the Blood Moon Eclipse 2018 in the UK

According to Affelia Wibisono, an astronomer at Royal Observatory Greenwich, the July full moon will already peak over the horizon in Earth’s shadow on the night.

This means the eclipse will begin from the moment the moon rises, which in the case of London will happen at about 8.50pm BST.

The astronomer told Express.co.uk the moon will look really big, red, and hang close to the horizon.

She said: “It will be visible all over the country which is nice to see and I believe it is the longest lunar eclipse of the 21st century.”

The eclipse will begin in the eastern skies and by about 12.30am BST the moon will have sailed high up to the southern skies.

By the end of the night, the moon will pass completely out of the Earth’s shadow.

The last total lunar eclipse visible in the UK was in September 2015 which should make next month’s Blood Moon particularly special.

Stargazers who will unfortunately miss out on the eclipse in person do not have to fret because Express.co.uk was told the Royal Observatory will host a live stream of the Blood Moon on the night.

Ms Wibisono said the eclipse live stream will feature commentary from the Observatory’s space boffins who will walk the audiences through the science behind the Blood Moon.

You can also follow Express.co.uk on July 27 for the latest eclipse live streams, stories and Blood Moon pictures.

Physicists Created a Supernova Reaction on Earth Using a Radioactive Beam
Greenhouse Gases Just Hit a New High in The Atmosphere, Right Ahead of COP26
What Happens if 4 Electrons Join Up? A Brand New State of Matter Says a Recent Study
Dinosaur Invades The UN to Make Important Observation in Razor-Sharp Video