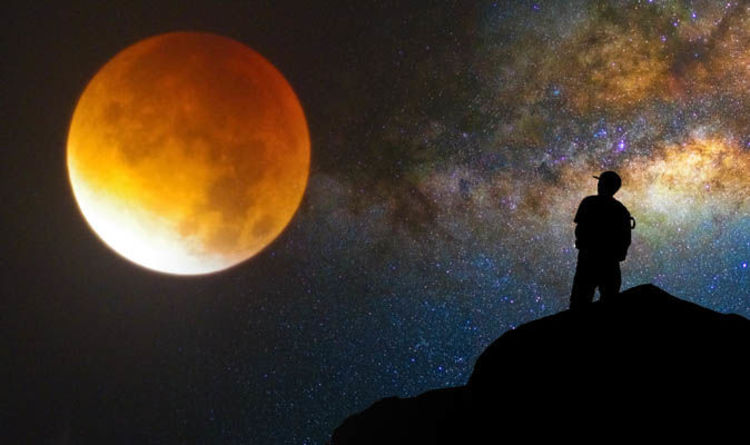 The July full moon will pass through the centre of Earth’s shadow on the night of Friday, July 27, and emerge as the Blood Moon.

On this special occasion, the moon will turn a deep red to orange hue, creating a perfect opportunity for astronomers and photographers alike to capture the moon in the wild.

The July total lunar eclipse comes off the back of the January 31 Super Blue Blood Moon, which Mr Noton photographed rising over Stonehenge – read more about it here.

Mr Noton, who has been a photographer for more than 30 years and is an ambassador for camera manufacturer Canon, spoke to Express.co.uk about snapping the perfect Blood Moon photo.

Here is what the three-times BBC Wildlife Photographer of the year had to say.

1. Find out in advance when and where the moon will rise in your location

Shooting a heavenly body like the moon requires putting in some legwork to first of all figure out where the moon will appear in the sky.

Mr Noton uses two apps which help him track the moon across the night sky – The Photographer’s Ephemeris and Photopills.

The photographer said: “As usual, it’s all about the planning. I had a look just recently on these two apps which help me predict where the heavenly bodies will be at what time of the season and what time of the day.

“One is The Photographers Ephemeris and the other is called Photopills. Both of those gave indications of where the moon is going to rise and the different positions from the planet’s surface.

“So I looked where it is going to be rising and at what time of the evening on July 27 and I found here, where we are near Sherborne and Dorset, the moon will be rising at 8.57pm and rising at a bearing of 121 degrees.

“That’s going to be the prime time to be in position and I’m looking forward to it, but of course there will be a few minutes difference across the country. Not a great deal but it will vary depending on where you are.”

Once the moon rises over the horizon be ready to snap away because Mr Noton said you are looking at a 10 to 15-minute window of opportunity before the moon get’s too high.

2. Scout out the perfect location to capture the moon juxtaposed against an object of interest

Mr Noton’s biggest advice for amateur photographers is to photograph the moon against an object like a lone tree on a hill or against a church tower.

For the Super Blue Blood Moon Mr Noton snapped the brightly lit orb against Stonehenge, but he said it does not have to be a place of such significance.

Mr Noton said: “Between now and the Blood Moon I will get out and consider my options as I did with the moonrise over Stonehenge.

“I want to have the moon juxtaposed against defining objects. Stonehenge was obviously a powerful element to include in the frame but it doesn’t have to be as iconic as that. A tree on a hill will work well.

“What I want to do is capture the moment when the moon is low on the horizon, where I can use the juxtaposition of the moon with something of a known scale such as a tree or a church tower to give scale and perspective to the event. “

The photographer added location scouting is “not rocket science” but simply a case off getting out and about.

3. Capture the perfect composition with a long telephoto lens

Using a telephoto lens will help put the moon into focus and create a giant looking orb when captured against a defining object.

The photographer said: “I would be looking to shoot with a telephoto lens to compress the perspective and so I can get the moon as big as possible.

“A camera that would be perfect for this would be something like the Canon 6D Mark II or Canon 5D Mark IV, which is one I’ll be using for this shoot.

“I’ll be shooting it with a 400mm lens probably but a 70-200mm would do the job. There are good opportunities with that focal length. The moon will be nice and big in the frame with that.”

And do not fret if you do not have access to fancy camera equipment at home. A compact camera with a zoom function could do the trick but smartphone cameras might be a dud due to their wide-angle lenses. 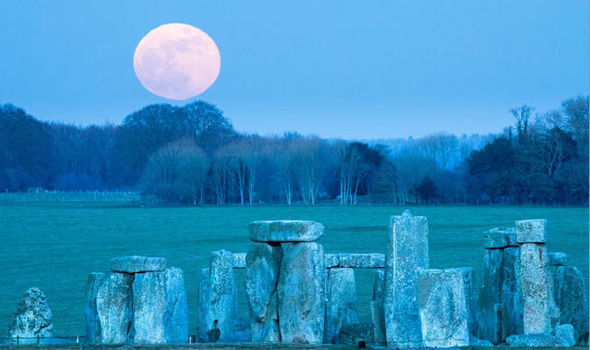 4. Keep an eye on your ISO settings and do not go too low with your shutter speeds

In Aperture Priority the photographer selects the lens’ aperture and the camera automatically adjusts the shutter speed to compensate.

Mr Noton said: “I will be setting the ISO to give me a manageable shutter speed without it going too low.

“First of all because shooting with a long lens any kind of camera shake will be very, very apparent.

“The other reason is because the moon moves particularly fast across the sky if you are looking at it with a long lens.

“You can’t prolong the exposure by bolting the camera on a tripod and going for a long exposure, because the moon will just streak through the sky.

“In terms of shutter speeds I wouldn’t want to be going lower than 1/60 but that will depend very much on the angle of view – with a high magnification lens that is as slow as I would go. 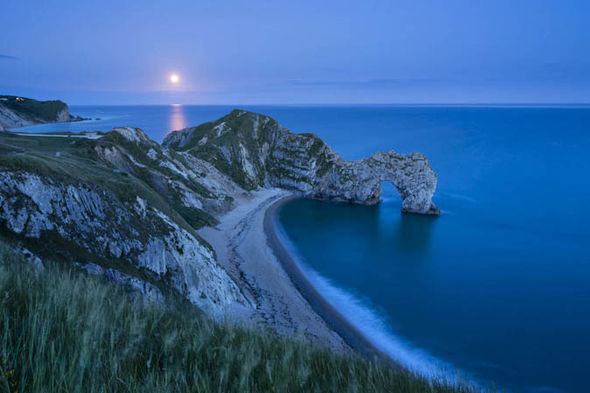 At the end of the day, Mr Noton’s most crucial advice to any photography enthusiast is too simply have fun with the task at hand.

He said: “Be ready and give yourself plenty of time. Watching these kinds of things unfold, whether it is a moonrise or watching the light paint the landscape, is a real fundamental joy and that is what photography is all about.

“It’s the stimulus that makes us go out and witness these kinds of events and it’s a special thing.

“There are of course trophies we are all after but the experience itself is life-enriching as well so enjoy it and if works well then great and if it doesn’t then try to analyse why it didn’t work well and give it a go next time.”