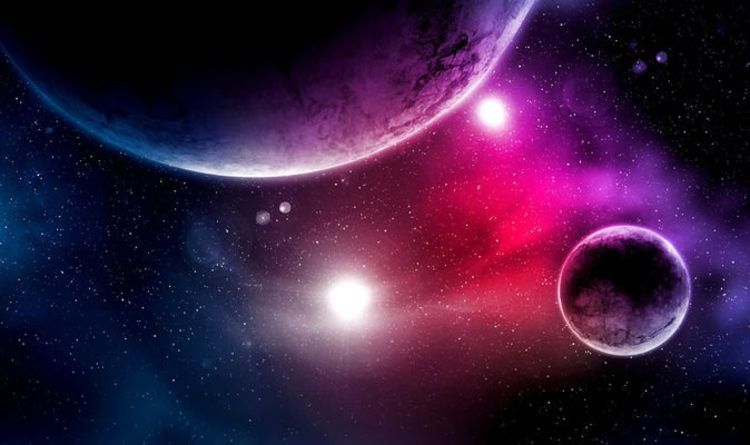 
The “major earthquake warning” was issued by the Ditrianum website on Thursday, telling people to be on alert for significant seismic activity between December 7 and 13. Netherlands-based Frank Hoogerbeets, who runs the website, said during this period Earth will be in line with Mars and Saturn which can be “highly critical”. He said: “This can be a trigger for earthquakes over 8 magnitude, depending on the position of the moon.

In the 16-minute warning video posted on social media, Mr Hoogerbeets examines the moon’s “very critical” position in April 2012 around the time of two large earthquakes off the coast of Sumatra.

He compares it to the moon’s position this weekend, which he said will make “critical geometry” with Mars and Neptune.

He added: “We could have, let’s say there is the potential for, a very, very large earthquake.

Mr Hoogerbeets said when similar geometry presented itself in the past, earthquakes up to 8.8 magnitude were triggered.

He estimated that a large earthquake, above 7.0, is “likely to strike” on Sunday, December 9, followed by an aftershock between December 11 and 13, but said he could not pinpoint the location.

Examining a graph, showing the expected peaks in geometry activity, he said: “To be on the safe side, we should be on watch for large seismic activity from the 7th to the 13th if we take both peaks into account.

“My estimate is the the large earthquake will probably strike around the 9th – that’s my best guess based on the planetary data – and we may have additional seismic activity from the 11th to the 13th, likely peaking high 6 to 7 magnitude.”

The warning comes after Alaska was hit by a 7.0 earthquake on Friday, November 30, causing an estimated billion dollars in economic losses.

Crocodiles Seem to Be Thriving in a Toxic River That’s More Like a Sewer. Here’s Why : ScienceAlert
Two Black Holes Met by Chance, And It Created Something Never Seen Before : ScienceAlert
10 Days After Its Launch, Orion Has Successfully Entered Lunar Orbit : ScienceAlert
Mummies With Golden Tongues Discovered in Ancient Egyptian Necropolis : ScienceAlert
Scientists Glimpse Incoming Asteroid Just Hours Before It Makes Impact : ScienceAlert