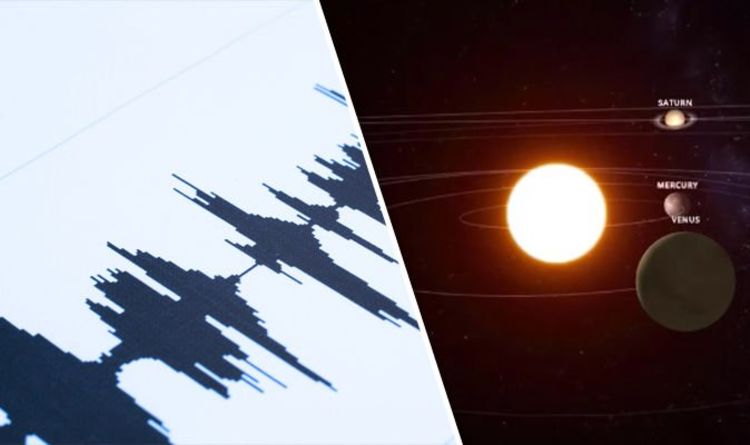 
On December 30, Earth, the moon, Venus, Mercury and Saturn all aligned and the gravitational tug from each celestial body could cause a major earthquake on our planet. This is according to ‘New-age earthquake forecasting’ website Ditrianum, run by researcher Frank Hoogerbeets, who said an earthquake which is almost a magnitude six on the richter scale will hit. The gravitational pull of the celestial bodies either side of our planet could pull on Earth’s tectonic plates, according to the prediction.

Mr Hoogerbeets believes that, as a result, an earthquake could strike on New Years Day – although he does not give an indication of where it might hit.

Ditrianum reads: “Seismic unrest may occur due to critical lunar geometry late on the 30th. As a result, larger seismic activity is possible, most likely around January 1st.

“Two planetary alignments may trigger larger seismic activity with the possibility of a strong shake well into the 6 magnitude range.”

According to Michigan Tech, a magnitude six quake “may cause a lot of damage in very populated areas”.