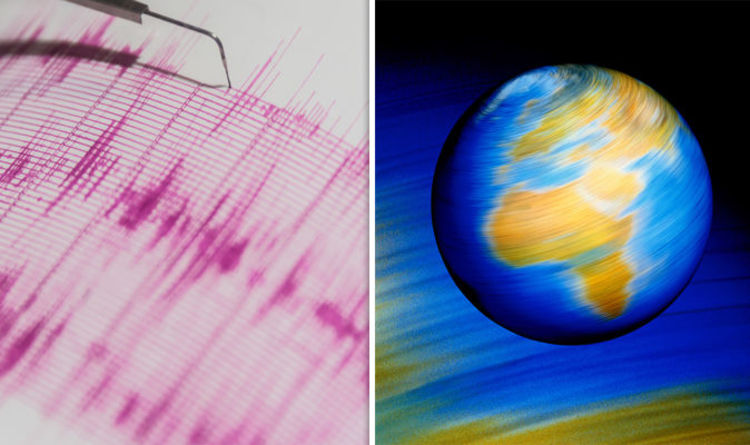 
Authorities should be on high alert for a major earthquake over the next few days as celestial bodies in our solar system align, conspiracy theorists claim.

The tremor has been predicted for any time between October 24 and 27, but as Earth edges closer to the latter, seismic activity has remained quiet.

One ‘new-age earthquake’ forecaster believes we should not be deceived by the “lull” in seismic activity, and says the next few days are critical.

The forecast was made by website Ditrianum, run by researcher Frank Hoogerbeets, who said the alignment of the Sun, Venus, Earth, the Moon and Uranus could cause worldwide tremors from October 24 to 27.

The website stated the gravitational pull of the celestial bodies either side of our planet could pull on Earth’s tectonic plates, in a theory dismissed by experts.

In an update, Mr Hoogerbeets now says: “In the middle of the critical planetary geometry that is converging between 24 and 26 October, we see an obvious seismic lull on the planet in the first 24 hours of this time-frame.

“Be sure that as the amplified electromagnetic waves impact Earth’s crust, physical deformations will follow. This means that around the 26th will be most critical.

“This could be later today, tomorrow or early 27.

“We hope that the seismic response will translate into a couple of 6 magnitude earthquakes, but a powerful shake over 7 or even 8 magnitude is very well possible.

Engineers Propose an Ambitious Plan to Bury Excess Carbon at The Bottom of The Ocean : ScienceAlert
Some People May Make Extreme Snap Judgements About You Thanks to Face-ism : ScienceAlert
A Strange Thing Happens to Wolves Infected by Infamous Mind-Altering Parasite : ScienceAlert
Earth’s Oxygen Came From an Unexpectedly Deep And Hot Source, Study Suggests : ScienceAlert
Mysterious Tendrils Inside The Brain May Control Our Perception of Time : ScienceAlert