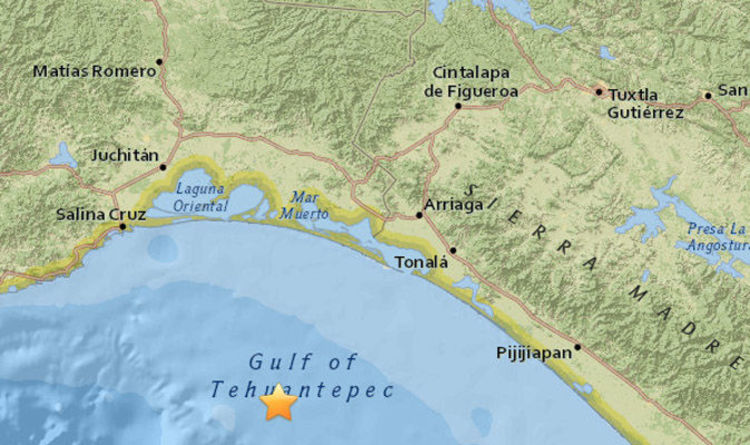 
The earthquake off the coast of San Francisco del Mar, in Mexico, registered a magnitude of 4.3, according to the US Geological Survey (USGS).

Both tremors came just days after the massive earthquake hit Alaska and triggered warnings of a tsunami hitting Canada, Hawaii and much of west coast America.

No tsunami warning was issued after the Mexican undersea tremor.

Earthquakenewstoday.com wrote: “Earthquakes of four to five magnitudes are often felt, but only causes minor damage.

“There are an estimated 13,000 light quakes in the world each year.

“In the past 24 hours, there have been one, in the last ten days two, in the past 30 days eight and in the last 365 days four hundred and fifteen earthquakes of magnitude 3.0 or greater that was reported nearby.”